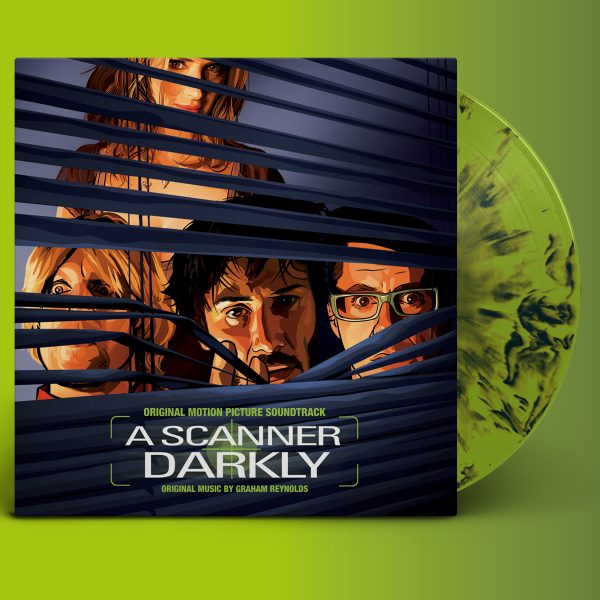 Limited edition marbled vinyl for Indie stores only. Includes insert. Back in 2006, Richard Linklater’s film adaptation of Philip K Dick’s sci-fi novel A Scanner Darkly was greeted with suspicion. No one had done justice to the “master” (Bladerunner, Minority Report, Total Recall, The Adjustment Bureau had or have all met with mixed reviews).
And, movies attempting to conjure up the effects of drugs were met with derision from the stoned cognoscenti. How could a story of dependence on Substance D (“Death” for short) be created with multi-million dollar stars in the frame anyway? PLEASE NOTE The finished colour vinyl LP may differ in colour and texture from the example render provided.