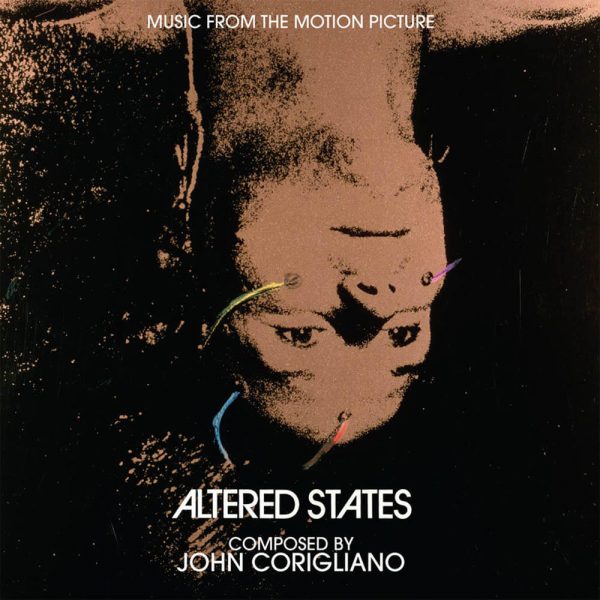 Limited to 2500 units only worldwide.

ALTERED STATES. Directed by Ken Russel, the film focuses on Professor Edward Jessup’s (William Hurt) research conducted in isolation tanks under the influence of psychoactive drugs like mescaline, ketamine, and LSD. The film is also the film debut of actors William Hurt and Drew Barrymore.

Personally supervised by Corigliano, this special release of his ground-breaking score was remastered by Mark Wilder and produced by Didier C. Deutsch. In depth, exclusive liner notes from writer Jeff Bond include new comments from the composer as they take you behind one of the most notable films and scores of the 80’s, while Dan Goldwasser’s atmospheric art design takes you deeper into the beyond. A must-have for any soundtrack enthusiast, ALTERTED STATES has returned sounding better-than-ever!