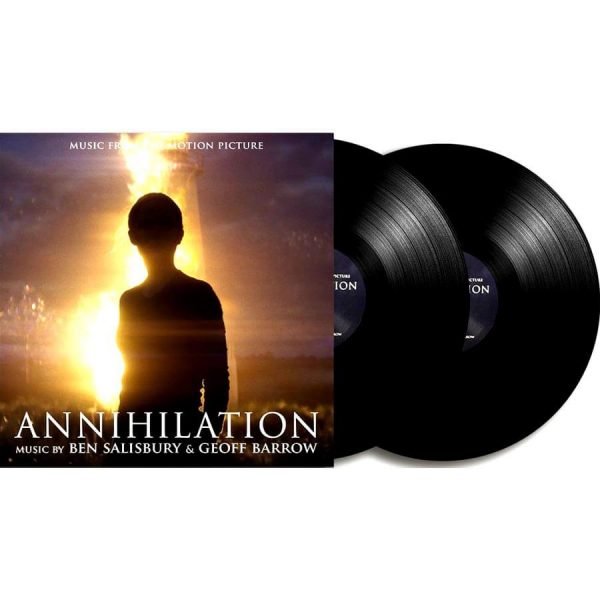 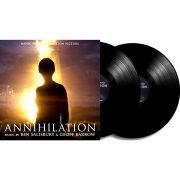 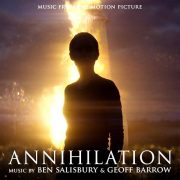 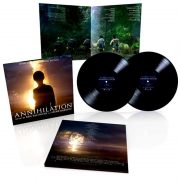 The long awaited vinyl pressing of Ben Salisbury & Geoff Barrow’s score to Annihilation is finally here!
This variant is pressed on 2 x 180g black vinyl and is housed in a deluxe gatefold sleeve featuring beautiful stills from the film.

Ben Salisbury and Geoff Barrow have once again joined forces with writer and director Alex Garland for the Paramount film ‘Annihilation’, starring Natalie Portman and produced by Scott Rudin and David Ellison.
“After our experience on Ex Machina, we obviously jumped at the chance to work on a new Alex Garland film. Right from the outset we could see we were going to have to use a wider musical pallet than we did on Ex Machina, and operate on a bigger and broader scale. So whilst synths and electronics do play a key role in one specific (and crucial) part of the film, 90% of the score is actually made up of acoustic instruments including voices, warped strings and the bass waterphone. Our main musical challenges were to be part of the world the scientists are travelling through, which is on the one hand terrifying, and on the other full of a strange psychedelic beauty.”
For Alex Garland, Geoff and Ben’s partnership “sets an incredibly high bar of creative skill and integrity, with music that is brilliant, unique and truly cinematic,” and their score for Garland’s Oscar nominated ‘Ex Machina’ gained two World Soundtrack Awards nominations, and was the 2016 Ivor Novello Award winner for Best Original Score.