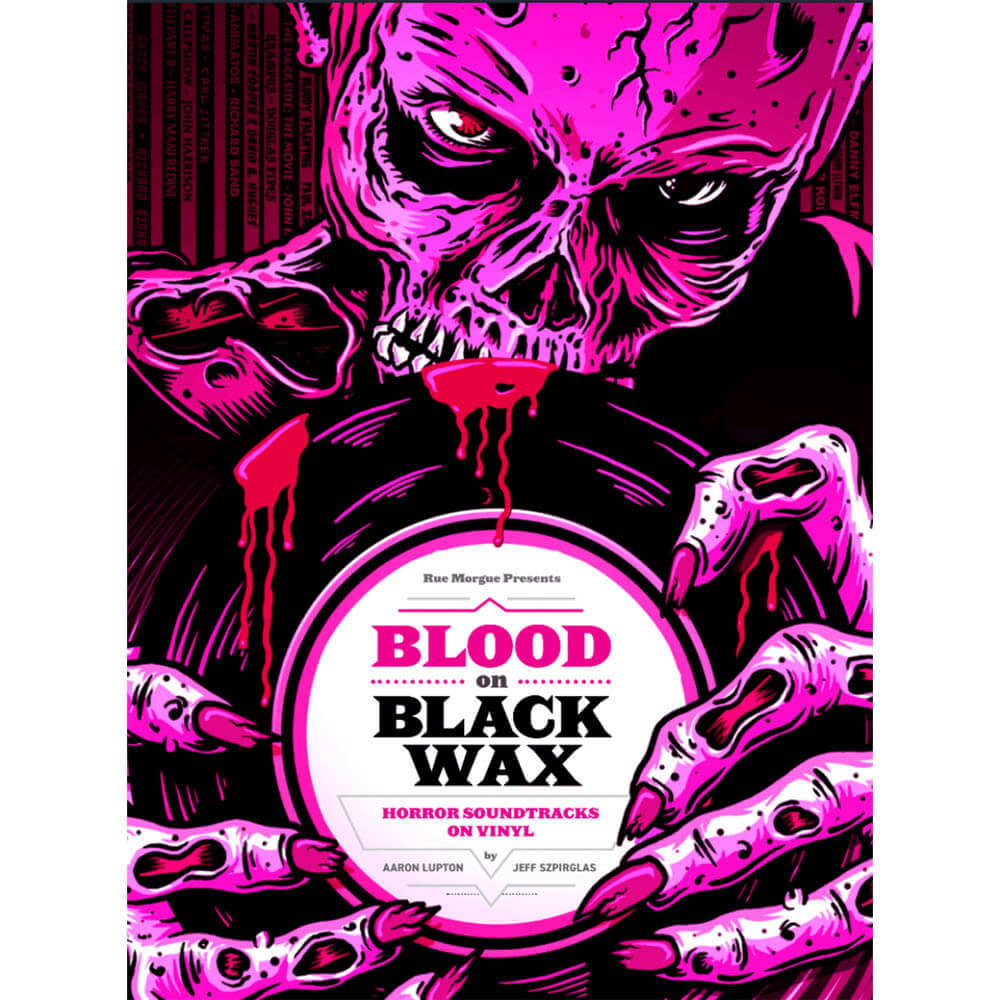 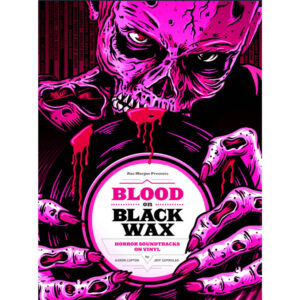 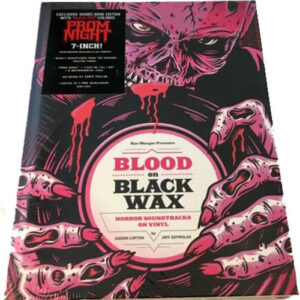 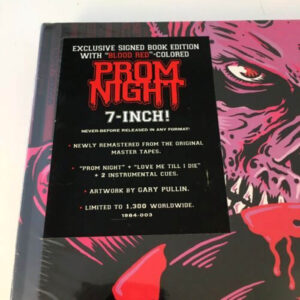 The Record Store Day edition of Blood on Black Wax will be signed by the authors and contain an exclusive, red-colored 7-inch with never-before released music from the 1980 Jamie Lee Curtis horror film Prom Night. 7-inch contains the tracks ”Prom Night” and ”Love Me Till I Die,” plus two score cues and vinyl sleeve artwork by Ghoulish Gary Pullin.

Are you obsessed with John Carpenter’s iconic music for the Halloween series? Do you thrill to the unforgettable stabs of Bernard Herrmann’s Psycho score, or the pounding synth of Goblin’s soundtrack to Suspiria? Do you find yourself being pulled into the hair-raising modern scores for the likes of Get Out, Hereditary, and The Witch?

”Finally, a book that celebrates the best in horror soundtracks. Long overdue!”
– Michael Abels (Composer, Get Out / Us)

Blood on Black Wax is a defining horror soundtrack volume that spotlights iconic franchises such as A Nightmare on Elm Street, Friday the 13th, Jaws, The Exorcist, and George A. Romero’s Dead films, highlighting both the music and the amazing – often rare – artwork that graces the record sleeves. It also tells the stories behind the soundtrack, from the mouths of the musicians who made them, including John Carpenter, Fabio Frizzi, Christopher Young, Harry Manfredini, Charles Bernstein, Pino Donaggio, John Harrison, Denny Zeitlin, and more.

Aaron Lupton and Jeff Szpirglas, both of Rue Morgue magazine, have curated Blood on Black Wax to reflect their own passion for the darkest slabs of soundtrack music. Their journey into the fascinating history of horror movie scores contains reviews, release details, and wild stories about both renown and unusual releases – everything from the orchestral sounds of Hammer and Universal horror, to the truly experimental albums for The Texas Chainsaw Massacre and Eraserhead, to the outlandish punk and metal songs of ’80s soundtrack albums like The Return of the Living Dead and Rocktober Blood.

Go back to your favorite horror films one more time, through the jaw-dropping, spine-tingling music that helped solidify their place in cinematic history!