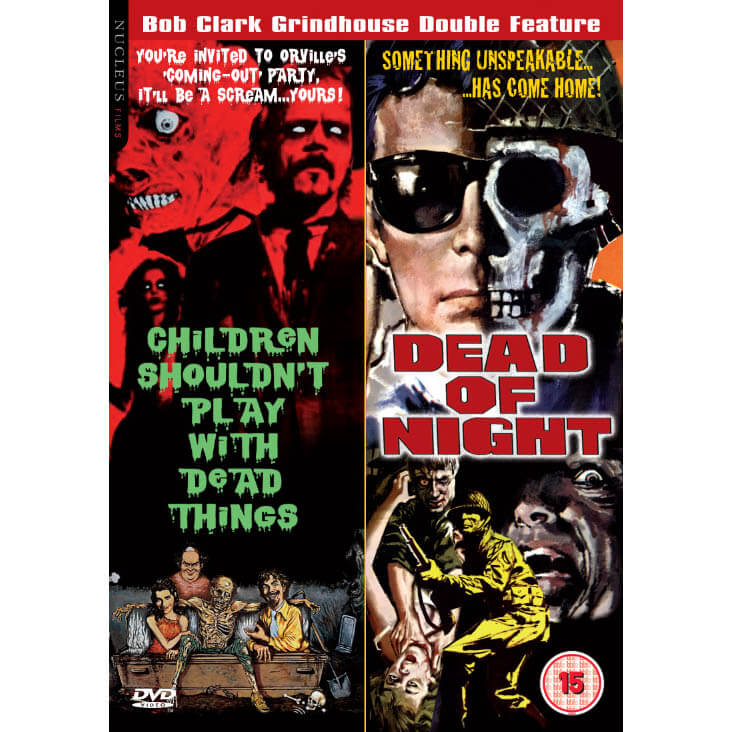 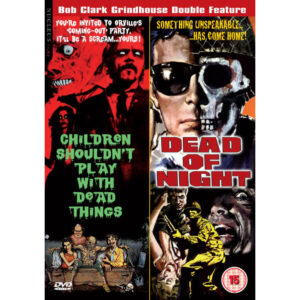 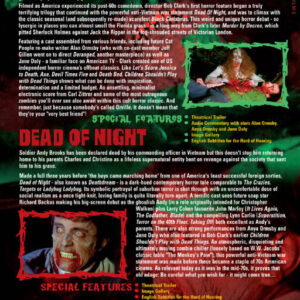 A troupe of method actors and their despotic director head out to Coconut Grove, Florida where, as a prank, they exhume a corpse called Orville and are subsequently horrified when his similarly deceased friends emerge from their graves to play some deadly games of their own.

Filmed as America experienced its post-60s comedown, director Bob Clark’s first horror feature began a truly terrifying trilogy that continued with the powerful anti-Vietnam war statement Dead Of Night and climaxed with the classic seasonal (and subsequently re-made) scarefest Black Christmas. This weird and unique horror debut – so lysergic in places you can almost smell the Florida grass – is a long way from Clark’s later Murder by Decree, which pitted Sherlock Holmes against Jack The Ripper in the fog-shrouded streets of Victorian London.

Featuring a cast assembled from various friends, including future Cat People re-make writer Alan Ormsby (who with co-cast member Jeff Gillen went on to direct Deranged, another masterpiece) as well as Jane Daly (one of American TV’s most recognisable faces), Clark created one of US independent horror cinema’s offbeat classics. Like Let’s Scare Jessica to Death, Axe, Devil Times Five and Death Bed, Children Shouldn’t Play with Dead Things shows what can be done with inspiration, determination and a limited budget. An unsettling, minimalist electronic score from Carl Zittrer and some of the most outrageous zombies you’ll ever see also await within this cult horror classic. And remember, just because somebody’s called Orville, it doesn’t mean that they’re your “very best friend”!

Soldier Andy Brooks has been declared dead by his commanding officer in Vietnam but this doesn’t stop him returning home to his parents Charles and Christine as a lifeless supernatural entity bent on revenge against the society that sent him to his grave.

Made a full three years before ‘the boys came marching home’ from one of America’s least successful foreign sorties, Dead of Night – also known as Deathdream – is a dark-hued contemporary horror tale comparable to The Crazies, Targets or Ladybug Ladybug. Its symbolic portrayal of suburban terror is shot through with an uncomfortable dose of social realism as a once tight-knit, loving family is quite literally torn apart. A terrific cast sees future soap star Richard Backus making his big-screen debut (in a role originally intended for Christopher Walken) as the ghoulish Andy plus Larry Cohen regular John Marley (It Lives Again, The Godfather, Blade) and the compelling Lynn Carlin (Superstition, Terror on the 40th Floor, Taking Off) both excellent as Andy’s parents. There are also strong performances from Anya Ormsby and Jane Daly who also featured in Bob Clark’s earlier Children Shouldn’t Play with Dead Things.

An atmospheric, disquieting and ultimately moving zombie chiller (loosely based on W.W. Jacobs’ classic fable “The Monkey’s Paw”), this Canadian-US-British co-production is also a powerful anti-Vietnam war statement made before these became a staple of 70’s American cinema. As relevant today as it was in the mid-70s, it proves that old adage: Be careful what you wish for – it might come true…