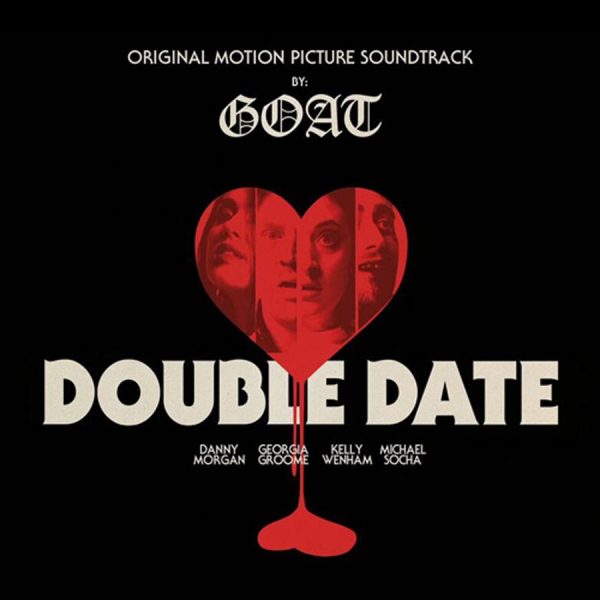 Limited Edition “Pool Of Blood” Clear w/ Red blob vinyl 500 only worldwide.
Double Date is an independent British horror film that was released to great applause in 2017. The film was written by and starred Danny Morgan and was the debut movie directed by Benjamin Barfoot. Ben approached Goat in 2016 asking them if they would be interested in appearing in the film he was making as he had a club scene where he wanted to feature a band playing live. And when he and Danny were coming up with the idea for the movie they had Goat’s ‘World Music’ album on repeat and it was the band’s infectious tribal grooves that he wanted in the scene.

During filming of Goat’s scene Ben and the band bonded and he invited Goat to score the whole film, so their unique DNA would be running throughout the whole picture. The band liked the idea and decided to take the challenge on. And we at Rocket are very excited to be able to release the complete score Goat created for the film on a special ltd edition ‘pool of blood’ coloured vinyl 10” LP especially for Record Store Day 2018. The album contains all the original music Goat created to soundtrack the film plus the music they made for the trailer. The score also contains a different version of Goat’s live anthem ‘Run To Your Mama’ that was especially created for the film.