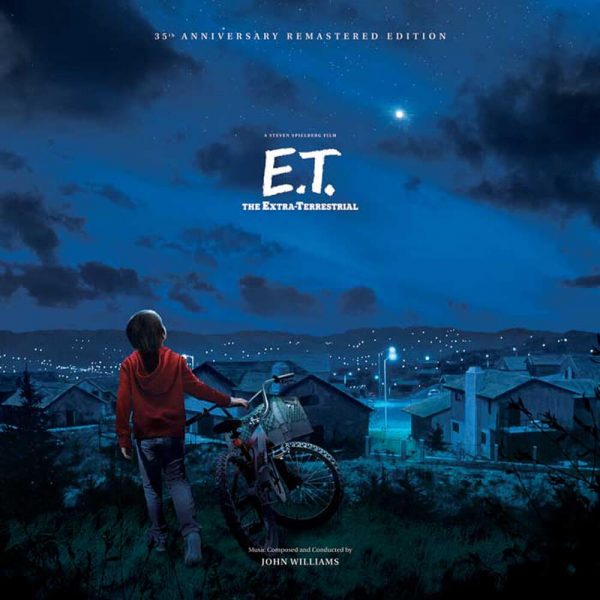 Specially remastered for vinyl by Bruce Botnick, the original score recordist and soundtrack album co-producer, with a lacquer master cut by the one-and-only Bernie Grundman. Produced by Mike Matessino and Bruce Botnick and this special 2XLP release, pressed on 180 gram black vinyl, is limited to 1500 units and features an attractive booklet insert containing liner notes by Matessino – all of it housed in a stellar gatefold jacket designed by Jim Titus. A must for cinema fans and audiophiles of all ages – this is, without question, an LP release to phone home about!

The short cues that didn’t fit onto disc 1 of the CD release have been incorporated into the LP program.