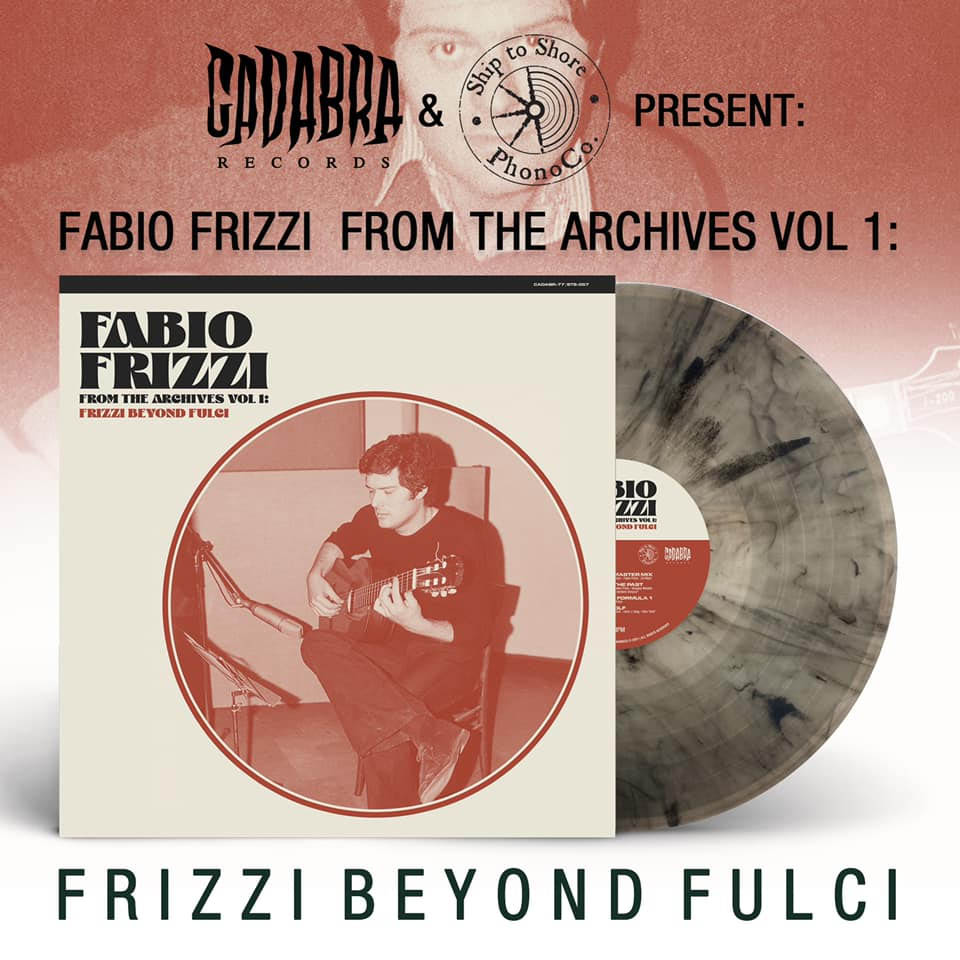 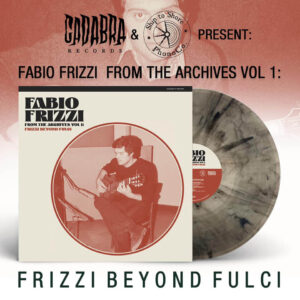 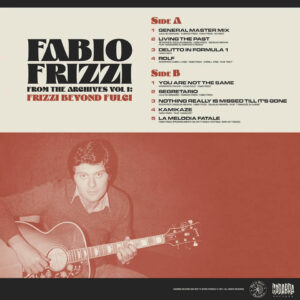 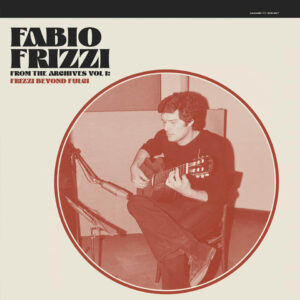 Fabio Frizzi – from the Archives Vol 1: Frizzi Beyond Fulci

Fabio Frizzi – from the Archives Vol 1: Frizzi Beyond Fulci LP

This is a split release between us and Ship to Shore Phono Co. Each label has their own vinyl color and is a total limited pressing of just 500x copies. For our UK customers, Psilowave will also have these available.

Compiled by the maestro himself, this collection of Fabio Frizzi tracks is a trip into the composer’s archives, with a revelatory selection of nine cuts, many never before available on vinyl, and several existing only as long out-of-print releases. Much as Finders Keepers’ 2016 compilation, Magnetic Systems, rescued Frizzi’s 1970s output with with Franco Bixio and Vincenzo Tempera as part of Bixio, Frizzi & Tempera, so does this record do with the composer’s musical creations of the 1980s.

General Master featuring DJ Look’s “Mastermix” was produced and arranged by Frizzi in 1985, and served as the theme song for the Rai Radio Uno program. It’s a full-bore breakdance jam, with the word “master” repeated with insistance. This “Armageddon Version” is a solid two minutes longer than the one heard on the radio, and was arranged by Frizzi and produced by the composer and his brother, Fabrizio Frizzi. The pair also worked together on another dancefloor-worthy DJ Look track with 1983’s “Càpita.”

What’s particularly remarkable about this compilation is that so many of the songs on it go against the formula for which Frizzi is best known today. Rather than dark, ominously creeping horror themes, the vast majority of the music contained on the two sides of this vinyl LP are lush pop or disco ditties.

From Assassinio Al Cimitero Etrusco (aka The Scorpion with Two Tails), a 1982 Sergio Martino giallo comes “Living the Past,” a vocal pop number with gentle strings and the 1983 revenge actioner Rolf (aka The Last Mercenary) brings the listener the titular theme “Rolf,” featuring vocals by Chris J. King, which is gentle and easy-listening – a far cry from the Mario Siciliano film in which it appears, whose tagline was “My price is death.”

And that’s just the first side of this masterful compilation! Flipping the record over, the listener gets to dive even deeper, with two songs which have never made their way onto any sort of official release at all, unless one considers Frizzi’s own Soundcloud page: Frizzi’s “Segratario,” the theme written in 1982 for StereoRai, a youth-oriented Italian broadcaster was released that way several years ago, but has otherwise never appeared in any other form.

However, the composer’s theme song for the 1986 Italian TV movie, Kamikaze, has never appeared anywhere, and those who have seen it stateside likely number in the single digits. What we do have, though, is this fantastic obscurity which rocks like an Italo-disco influenced version of the Miami Vice theme.

It nicely compliments other side two tracks like “You Are Not the Same,” a disco pop number with vocals by Cricket, from Luca il contrabbandiere (aka Contraband, aka The Smuggler), a 1980 poliziottesco directed by Lucio Fulci, or “Nothing Really Is Missed ‘Till It’s Gone,” written by Frizzi and performed by Crossbow, a track reminiscent of early Bee Gees and found in 1980’s Pedro Lazaga-directed commedia sexy all’italiana 7 ragazze di classe (aka 7 Dangerous Women, aka Love Games).

With this just being the tip of the iceberg in terms of Fabio Frizzi’s varied and eclectic output, listeners will find themselves wanting more the instant the needle hits the run-out groove. 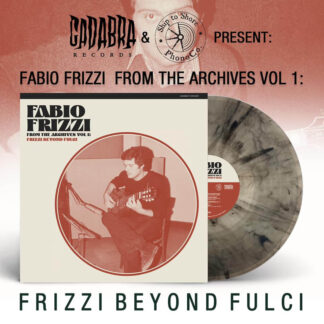 You're viewing: Fabio Frizzi – from the Archives Vol 1: Frizzi Beyond Fulci $48.27
Add to cart