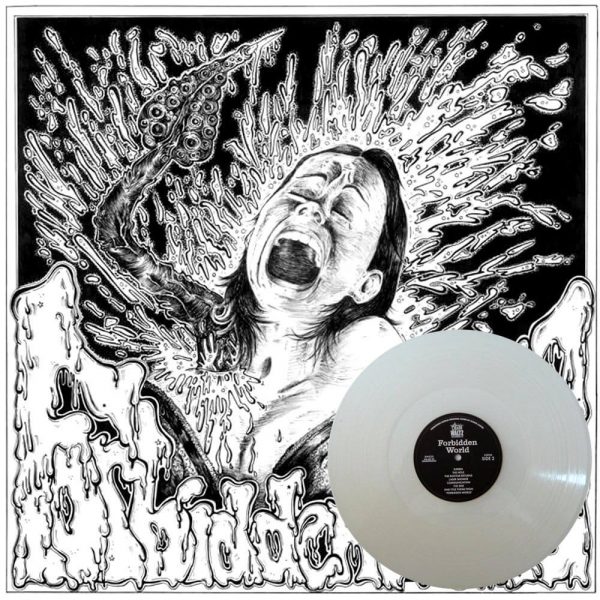 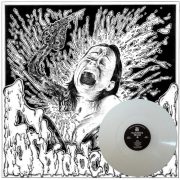 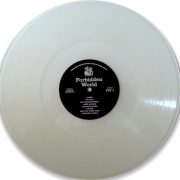 Pressed on 180 gm clear vinyl housed in a heavyweight casebound tip on sleeve with exclusive artwork by Kimberley Holladay containing a poster and booklet featuring exclusive all new liner notes from composer Susan Justin Director Allan Holzman and artist Kimberley Holladay.
Death Waltz Recording Company are proud to be unleashing one of the great unheralded electronic scores. Unavailable since the film’s release in 1982, Susan Justin’s music for FORBIDDEN WORLD – produced by the legendary Roger Corman – mixes the electronic influences of the time with splashes of new wave, creating a score that fuses the eerie tonalities and avant-garde sensibility of ALIEN with the straight-up funk of ASSAULT ON PRECINCT 13. Birthed from this is a cult classic score that deserves to be held up alongside the works of Richard Band and Alan Howarth.

What immediately stands out from the score is the amazing main theme, a melodic groove firmly embedded in the 80s synth movement, complete with creepy vocal effects overlaying its driving keyboard line. Originally a parody that Corman turned into a straight horror, the score is used typically to create tension with isolated piano and harsh electronic tones, acting as a stereotypical precursor to the horror moments. Amidst all this is also the ‘Blaster Beam’, a unique instrument famous for its use in Jerry Goldsmith’s STAR TREK – THE MOTION PICTURE. A fantastic voyage amongst the stars full of offbeat melodies and alien tones, this is a musical world that demands multiple visits.