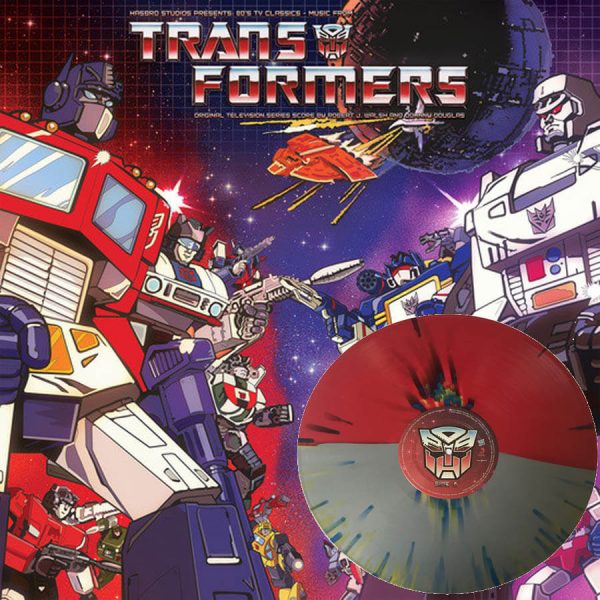 Enjoy The Toons Records, in conjunction with Hasbro, Inc. and Sony Music/Legacy Recordings is proud to announce the release of Hasbro Studios Presents ’80s TV Classics: Music from The Transformers on limited edition colored vinyl. This is the first official release of the score in any format – the album includes 45 minutes of unreleased music including the iconic opening theme song, composed Robert J. Walsh and Johnny Douglas. The album features music from seasons 1-3 of The Transformers animated series which debuted in 1984.