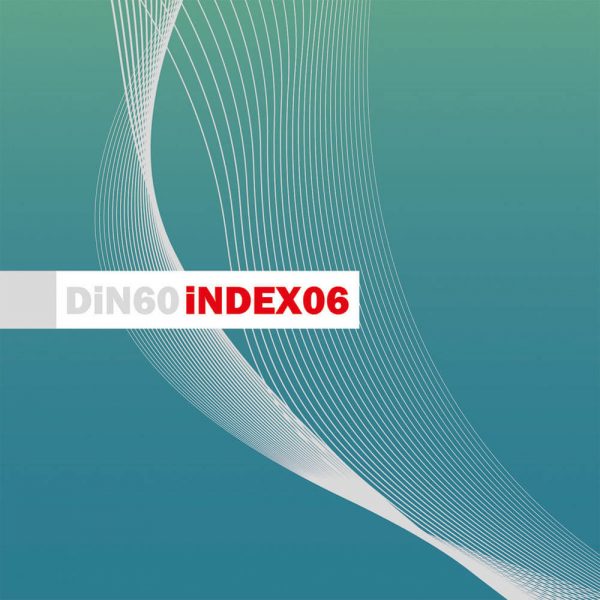 Limited Edition Sampler CD of the DiN Artist and Catalogue – Comes in a cardboard wallet with extra front flap. Imagery by Studioflokati.

As with the previous five DiN samplers DiN label boss Ian Boddy has mixed and cross-faded the 18 tracks into a continuous ambient mix that not only showcases the albums featured on the release but presents an exciting and varied title in its own right. It also highlights the varied and intriguing music that the DiN label offers on its releases from deep analogue synth grooves through vibrantly melodic instrumentals to powerful, epic ambient atmospheres. An intoxicating mix of the old and new beautifully presented in a slimline cardboard wallet with an extra flap which just adds to the value and collectibility of this release.

Furthermore this compilation falls in the same year that the DiN label is celebrating it’s 20th anniversary. This is no small feat for a niche independent label and DiN is finally getting some of the recognition it so justly deserves. DiN60 will be included as the subscribers free CD in the July issue of the well respected magazine Electronic Sound and is also pencilled in to be featured on the Bandcamp main web page in the same month.