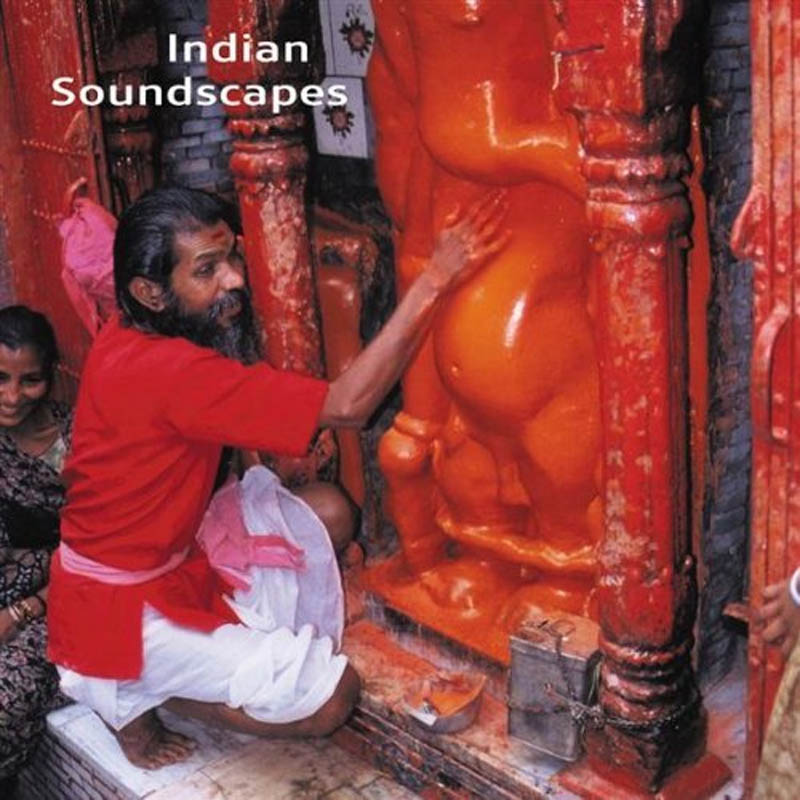 Indian Soundscapes is a album collecting various field recordings made during four trips to India from 2001 to 2004. The recordings were made by Iyou, otherwise known as Charles Powne, owner and proprietor of Soleilmoon Recordings since its inception in 1987A vividly colorful audio snapshot from one of the world’s most exotic locations, India. Trains, bells, peacocks and ocean waves mix with the incomparable sounds of humanity—quiet conversations, laughing children, salesmen, gamblers and hustlers. From bustling metropolis to rural village, with a variety of moods, Indian Soundscapes takes you on an aural journey to the Asian subcontinent.

Insects, worship, coughing, hacking, rain, bells, bargaining, selling, laughing, birds, horns, train stations, music, children, monkeys, chai-wallah-ing, and commerce. Taken out of context, these sounds both repel and attract; even if you‘ve never been to India, you‘ll feel your stomach rumble in amoebic anticipation. India has almost four times the population of the US in a space one-third the size, and the ambient sounds of daily life are inescapable. One of the recordist‘s goals here was to try to avoid the sounds of engines, resulting in a pointed aural description of daily life in India.

This album is released into a market that is currently saturated with ethnic field recordings of the kind proffered by Sublime Frequencies, Touch and other labels, and amidst the current vogue for treated and laptop-edited field recordings that lose all sense of context. Indian Soundscapes distinguishes itself in being almost entirely dissimilar from all of this other material; by simply presenting crisp, clean, unprocessed recordings that don’t aspire to any lofty academic goals. These recordings were simply undertaken as a method for a traveler to encapsulate and memorialize the rich audio landscape encountered in an exotic land. As such, it can be experienced as you would experience a lengthy trawl through a friend’s collection of slides or home videos from a recent trip. Depending on your patience and level of engagement, this could either be a recommendation or a warning. Listening to these discs, I was treated to two hours of audio snapshots from around India, many taken on street corners and public spaces, where a cacophony of human noises combine with site-specific open-air sounds, random snippets of radio music, the tinkling of bicycle bells, the PA system at a train station, the thick buzz of nighttime insects, birds chirping and monkeys howling. For the most part, these soundscapes are not edited within an inch of their lives, and many of the tracks are allowed to play until one can fully immerse oneself in this particular location. For listeners like me, with extreme synaesthesiac associations between sound and sight and smell and touch and taste, records like these are a special treat. I was able to fill in the sensory blanks provided by these richly rendered audio documents, smelling the rich smell of spices, engine exhaust, rotting garbage, sulphurous water, musky jungle odors and complex combinations of these. I was reminded of the liberating sense of confusion often experienced in a foreign place whose language and customs are largely a mystery. There are also some incredibly haunting moments, such as the “Echoing Children” on the second disc, or the spirited communal singing and musical performance in the third extract recorded at the Tirupati Temple. The packaging for this collection is lovely: a wooden box imprinted with a colorful primitivist collage houses the double-CD (the album is also released on vinyl), and the booklet inside contains many wonderful color photographs of India, also taken by Powne. This collection certainly provoked many moments of self-reflection, where I questioned the complicated layers of artifice that Western society requires, that seem especially alienating when juxtaposed with the purely human simplicity of poverty and a daily struggle for transcendence that characterizes the life of an Indian villager. 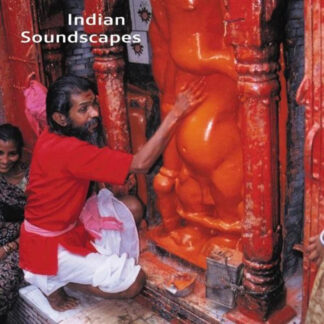