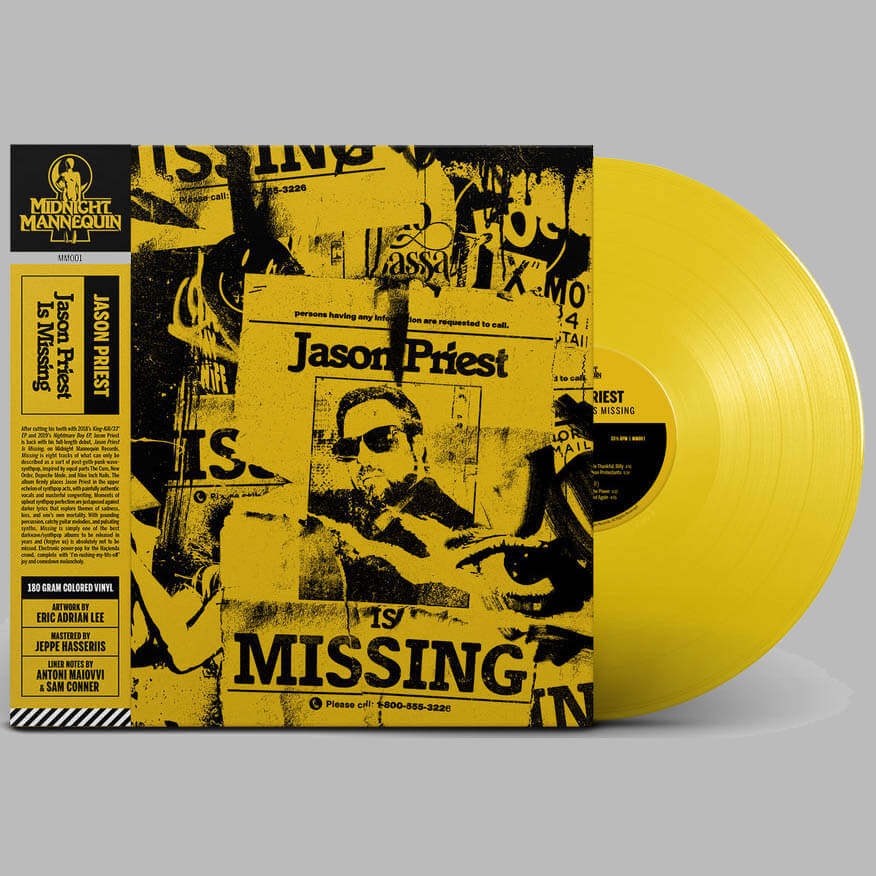 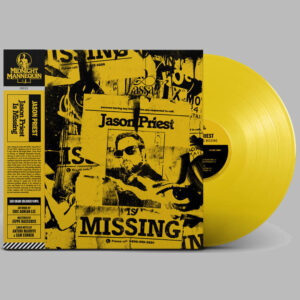 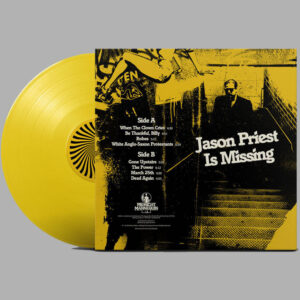 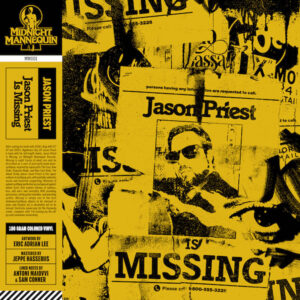 Debut release from Midnight Mannequin Records, who smash int the scene with this extraordinary release!

Jason Priest is the post-punk/synthpop alter ego of Antoni Maiovvi, an artist with immeasurable talent and almost as many creative aliases as he has releases under his studded leather belt. After cutting his teeth with 2018’s “King-Kill/33°” EP and 2019’s “Nightmare Boy” EP, Priest is back with his full-length debut, Jason Priest Is Missing, on Midnight Mannequin Records.

“Missing” is eight tracks of what can only be described as a sort of post-goth-punk-wave-synthpop, inspired by equal parts The Cure, New Order, Depeche Mode, and Nine Inch Nails. The album firmly places Jason Priest in the upper echelon of synthpop acts, with painfully authentic vocals and masterful songwriting. Moments of upbeat synthpop perfection are juxtaposed against darker lyrics that explore themes of sadness, loss, and one’s own mortality. With pounding percussion, catchy guitar melodies, and pulsating synths, “Missing” is simply one of the best darkwave/synthpop albums to be released in years and (forgive us) is absolutely not to be missed. Electronic power-pop for the Haçienda crowd, complete with ‘I’m-rushing-my-tits-off’ joy and comedown melancholy. Available on limited edition 180 gram transparent “New York Taxi Cab Yellow” colored vinyl. OBI strip, insert with lyrics and liner notes, and a digital download card included. Mastered by Jeppe Hasseriis. Artwork by Eric Adrian Lee.

“An extraordinary display of songcraft and aesthetic. Like Lust For Youth or Drab Majesty, Jason Priest recalls a specific time in 1980s post-punk/new wave without sounding like a cheap knockoff. It will take you about three seconds into opener “When The Clown Cries” before you’re comprehensively hooked.” – Vehlinggo

“Easily the strongest set of songs that Maiovvi has ever produced. It’s not just that Maiovvi honors the aggressive disco punk of his influencers, it’s that he often laps them.” – CDM

“An exquisite display of layered percussion, Cure-like guitar melodies, bass lines, synth lines, and vocals with a noticeable edge and occasional post-punk undertone…richly textured and a truly unmatched fusion of styles.” – The Electroscape

Side A
When The Clown Cries
Be Thankful, Billy
Robes
White Anglo-Saxon Protestants

SIde B
Gone Upstairs
The Power
March 25th
Dead Again 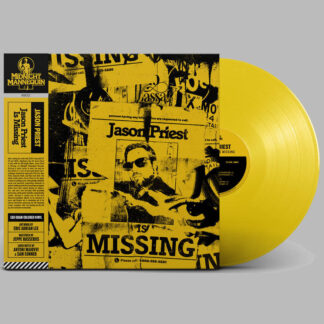 You're viewing: Jason Priest Is Missing $29.82
Add to cart