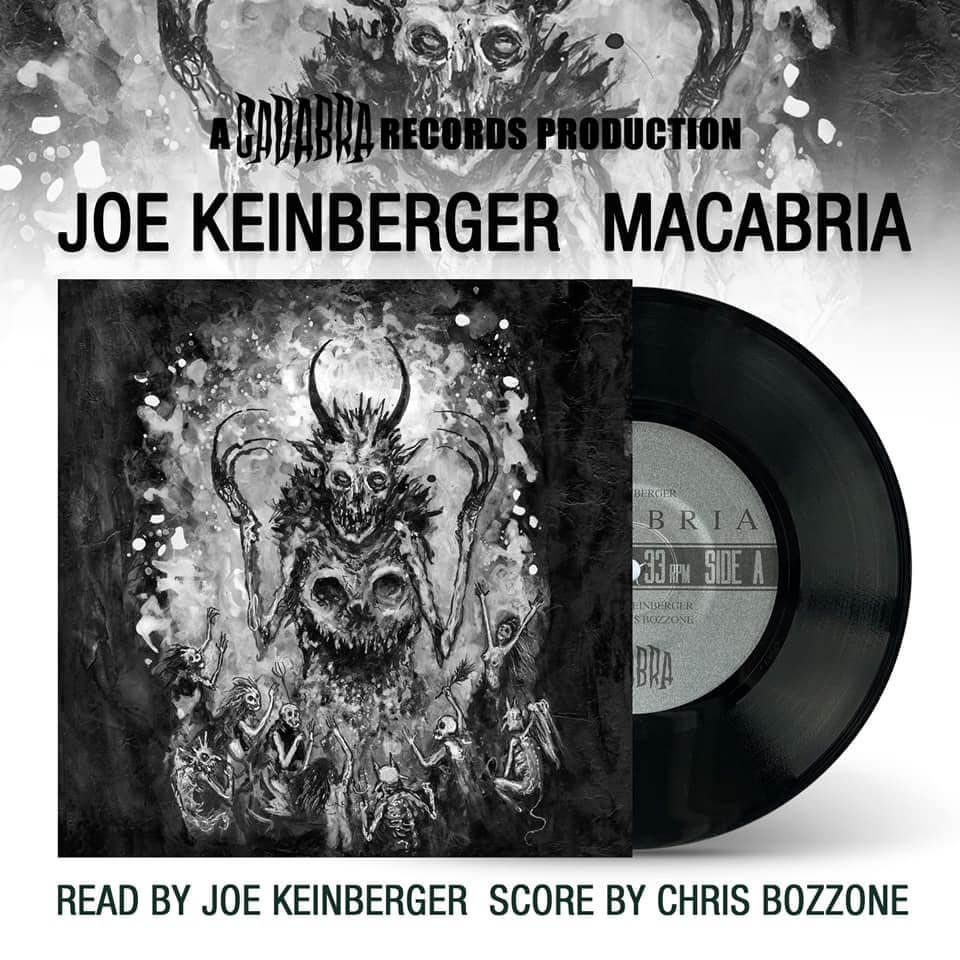 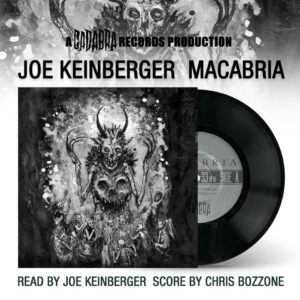 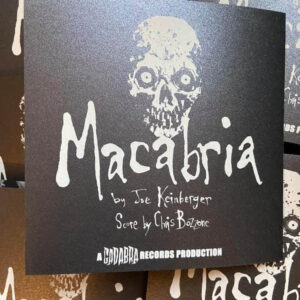 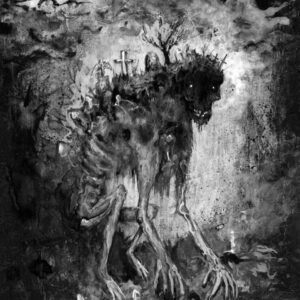 Thanks to author Joe Keinberger’s reading of the selections contained within Macabria, listeners to this new 7-inch will feel as though the writer is sitting beside them, while composer Chris Bozzone takes up residence just a little ways away to create nerve-jangling sounds to increase their sense of fright.

“The King October” is a poem paying homage to the end of harvest and beginning of decay, while also a paean to the Halloween season. Solid bell-like tones ring sonorously behind Keinberger’s echoing voice while a piano has its keys pushed with savage intensity. This piece sets the tone for the entirety of the collection, wherein the author’s voice and words are paired with sounds more akin to musique concrete than a traditional score.

Within “Coven,” the author has his voice reverberate, as though it’s shaking the very Gates to Hell mentioned in its opening lines. The bells in this piece chime first in one ear, and then the other, back and forth throughout this tale of dead souls, as a church organ pierces the darkness, “swirling and glimmering” as the ghosts themselves do.

“The Town Without Spring,” “A Witch’s Curse,” and “Year’s End” are as one, as though the curse of the latter is what afflicts the town in the middle, where “nightmare screams pierced the October darkness,” and the fiends taking flight at the end, awaiting Samhain coming once again.

A ringing handbell peals repeatedly in the far distance as Keinberger’s recitation of what befell this now-cursed place, where “the dead walk the earth.” As the final poem begins, the darkly ethereal, slightly decayed synthesizer is paired once again with a piano, but this time, its tones are gentle, as though welcoming the incoming new year.