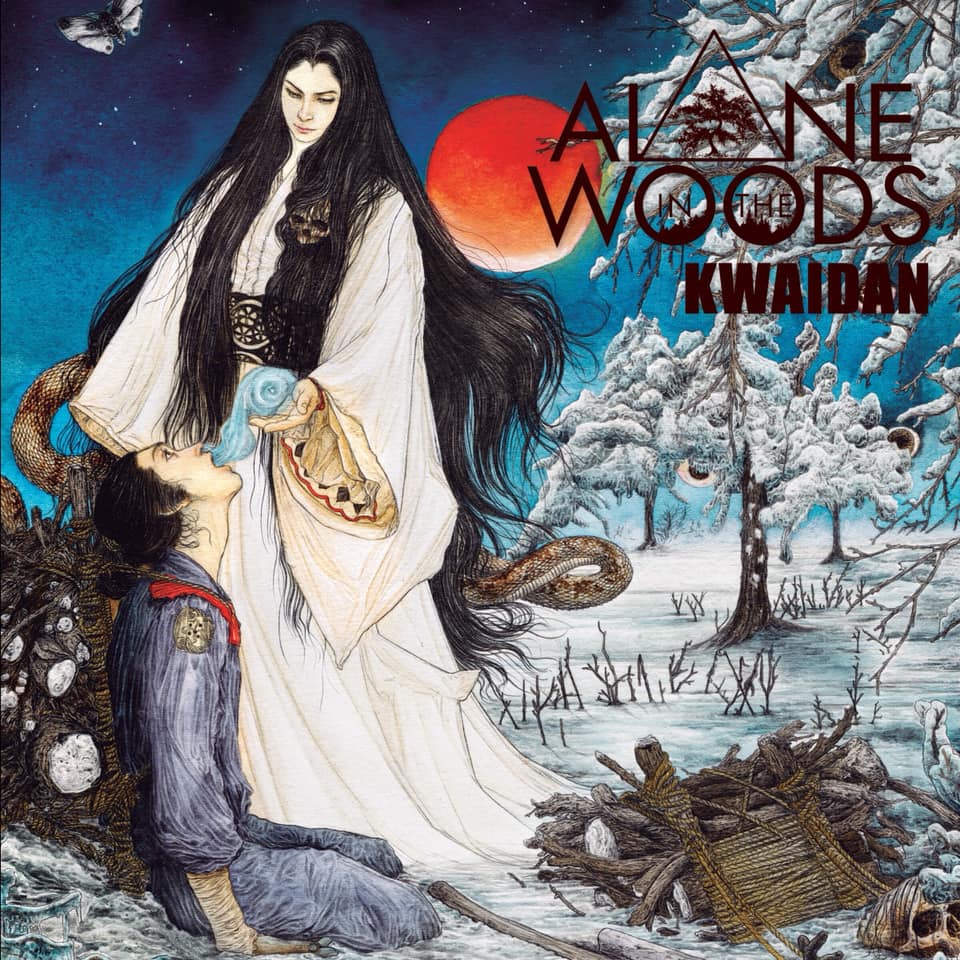 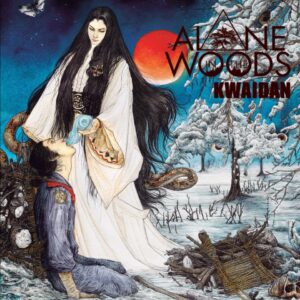 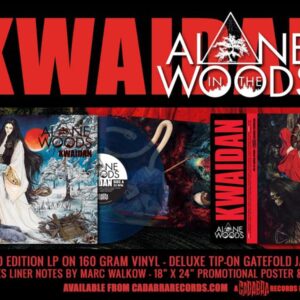 Inspired by the short stories of writer Lafcadio Hearn, Alone in the Woods’ music on Kwaidan is much like the author’s writings, in that the musicians pull inspiration from worldwide sources. The result is something akin to a crucible, wherein the myriad influences of the creators combine, resulting in something brightly new, yet robust with the strength of its elemental parts.

The duo behind Alone in the Woods have worked together for years, yet the sound of this particular project is born out of the instrumental music constantly playing as Jon Dobyns works on releases for his anime soundtrack label, Tiger Lab Vinyl, combined with the hip-hop production work of Lonn Bologna. Using those styles as a filter for the stories of the man known in Japan as Yakumo Koizumi – who was himself raised in Ireland and shaped into adulthood in New Orleans before ultimately coming to Japan – adds another layer of depth to the centuries-old, word-of-mouth folktales.

It’s very appropriate that the first of the “stories and studies of strange things” which inspired the music of Kwaidan is itself musical in nature. “The Story of Mimi-Nashi-Hoichi” is the tale of a biwa player forced to play for a ghostly audience. The sound of the biwa – a lute-like instrument – is echoed repeatedly throughout Alone in Woods’ compositions on this recording, tying music to story.

That is, however, not the only international influence on display here, as Alone in the Woods travels the world’s musical genres in search of sounds which are ominous, yet melodic – again, not unlike the stories themselves. “Snowy Vows of Lust to Dust” is the pinnacle of these international cut-ups, evoking everything from early ’80s New Wave to the low, rolling sounds of Jamaican dub riddims before it fades out in a rolling set of chiming bells.

Throughout the record, the sound of the flute is intimated, but rarely actualized, leaving the listener the to wonder what might be just out of earshot. Less circumspect is the handclaps and drumming on “Impossible Wind,” which are boldly presented, but nothing is quite so brash as the taiko work on “ Mouthless Tongue,” demanding the listener stand up and take note.

By the time Kwaidan has reached the sounds of nature replete with chirping birds paired with piano on the concluding “Butterflies in a Kingdom of Ants,” the footsteps on gravel which begin the piece might as well be those of the listener, so thoroughly has Alone in the Woods transported them to another time and place. 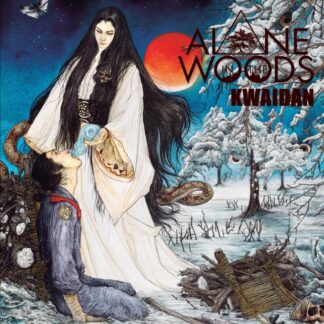