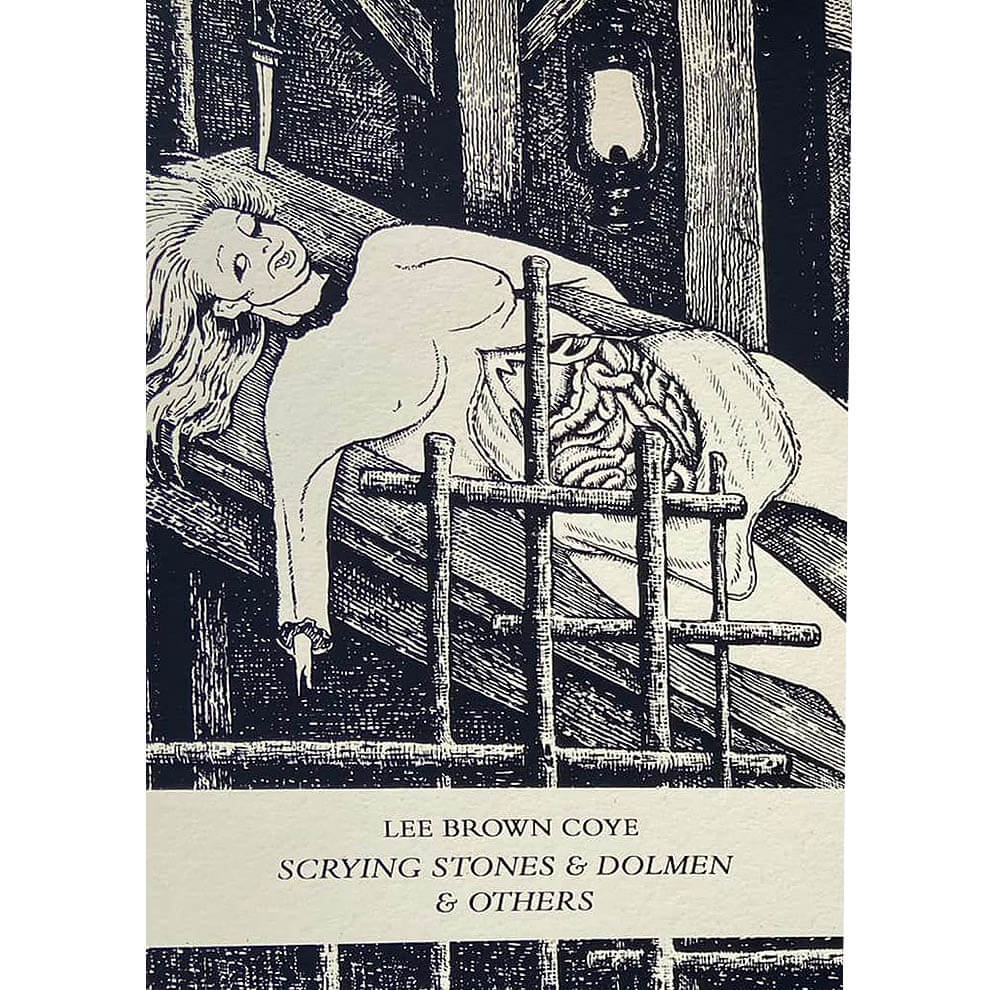 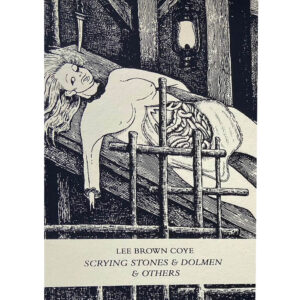 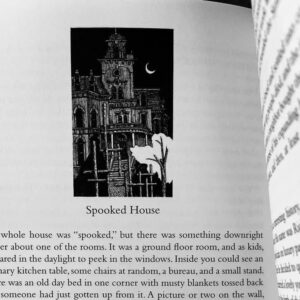 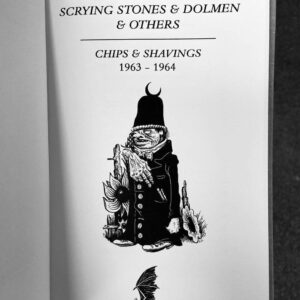 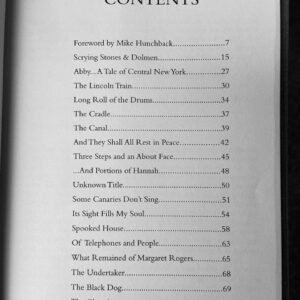 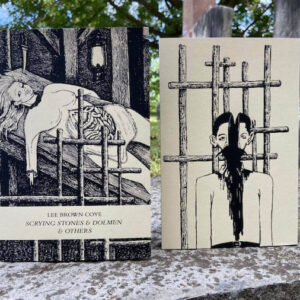 *** Short Pre Order – Ships In August. Please Note if ordered with any other items all items will ship together  when stock arrives ***

This book was transcribed by Jason DiModica and copy edited by Dave Felton.

Lee Brown Coye is highly regarded for his illustration work in Weird Tales and the iconic covers he created for Arkham House, and his distinctive style shaped the look of books that remain prized by collectors of horror and weird fiction. Discerning readers have long known of Coye’s storytelling—Karl Edward Wagner’s “Sticks” was famously based upon Coye’s written account of strange discoveries in rural Central New York—but rarely have they had the opportunity to read Coye’s own words. Cadabra Records introduced their listeners to Coye’s stories in two releases—Where’s Abby & Other Tales (2015) and Scrying Stones & Dolmen (2018), both read by Coye’s son, Robert, which opened the eyes and ears of fans to the tales of Lee Brown Coye.

Coye was a resident of Syracuse and Hamilton, New York, for most of his life, where he painted historical murals in public spaces and hung his finer work in art clubs and museums, so when he was offered a column in a small town newspaper, he saw it as a way to spin yarns set in Central New York of things he’d seen and people he’d known, and to simply pass on a good ghost story. Between 1962 and 1963, his column “Chips & Shavings” appeared in The Mid-York Weekly, and most of those stories have not seen print since that time. Some of the best are, unsurprisingly, of the weird and macabre, though of things that must have been intimately familiar to his readers, and often told with wry humor and wit. The author’s voice does not menace or terrify; rather, there is a sense the reader is already in on the fun and Coye is just sharing a bit of morbid gossip with neighbors. There are ghosts, undertakers, and circus freaks, but there are also traveling salesmen, railway workers, town pharmacists—someone who most certainly lived down the street or across town from his readers. The stories feel semi-autobiographical when Coye recounts things overheard while visiting his grandparents as a child or relates his experience as a young portrait artist, and if the reader finds himself believing some or most of the personal details, then it’s only a small step further to believe it all: the ghost train, the dredged-up corpse, the nightmarish visions, the murders and insanity.

The eighteen stories collected in Chiroptera Press’ Scrying Stones & Dolmen & Others, most for the first time, are less literary fictions than they are examples of American folklore, and it’s clear that one of Coye’s aims as a storyteller was to capture and record a moment of small-town New York history: a time before highway transportation replaced railways and canals, a time of horse-drawn hearses and hand-made coffins, when a dead body needed to be iced in the summer and graves couldn’t be dug in the winter. There was little need to fabricate the morbid when reality was harsh and grim enough.

These stories were scanned from clippings of “Chips & Shavings” and were corrected by Robert Coye before his death in June 2021, which makes this volume an authoritative edition of Lee Brown’s tales if there will ever be one. Mike Hunchback, who wrote and edited Pulp Macabre: The Art of Lee Brown Coye’s Final and Darkest Era, provides an insightful foreword that offers some background to Coye’s life and these stories and their relation to the Weird Tales circle, and the volume is complimented with Coye’s own black and white illustrations. Scrying Stones & Dolmen & Others is an important and long-needed collection in weird fiction, revealing Coye’s full talents as a storyteller who wrote tales based on the oral tradition of folklore, and steeped in regional horror and weird Americana. Absolutely essential for the reader and collector of horror fiction and anyone who loves a good ghost story! 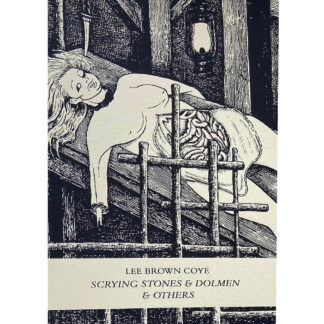