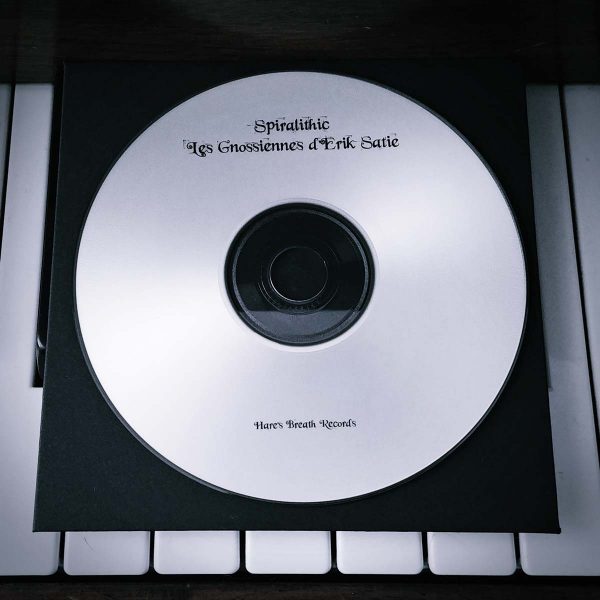 Erik Satie (1866-1925) preferred being called “someone who measures sounds,” rather than a composer. He was a friend of Claude Debussy, but whereas the latter was a master of the musical side of the Impressionist genre, Satie belongs at the forefront of the Symbolist movement.
Satie was not merely an eccentric, but he was an occultist, serving as the composer-in-residence for the Mystical Order of the Rose and Cross of the Temple and Grail. Along with Debussy (also a Rosicrucian), Satie was reportedly interested in incorporating the Golden Ratio in his work. However, his compositions differ from his friend’s pastoral paganism; playing them sometimes feels like scrying.
The Gnossiennes, at least for me, have always seemed particularly otherworldly. Although they were written in the 1890s, they don’t quite fit in with the idea of the Parisian Belle Époque scene. There’s a much more ancient voice to be heard.
Although Satie’s true definition of a “gnossienne” remains a mystery, along with other scholars, I believe that the term refers to the ancient Minoan city of Knossos on the island of Crete. This is a place time-shrouded in legend, where King Minos’ Labyrinth was said to lie, where the mysterious frescoes depict strange rituals involving bulls, where the Earth has yielded faience Snake Goddess figures.
The Minoans were a civilization that flourished 4,500 years ago. But we’ve been left merely with echoes. In my interpretation, I seek to capture some of the ancient truth of Knossos… to join Satie in finding a ghostly song hidden within the notes.
-K.P