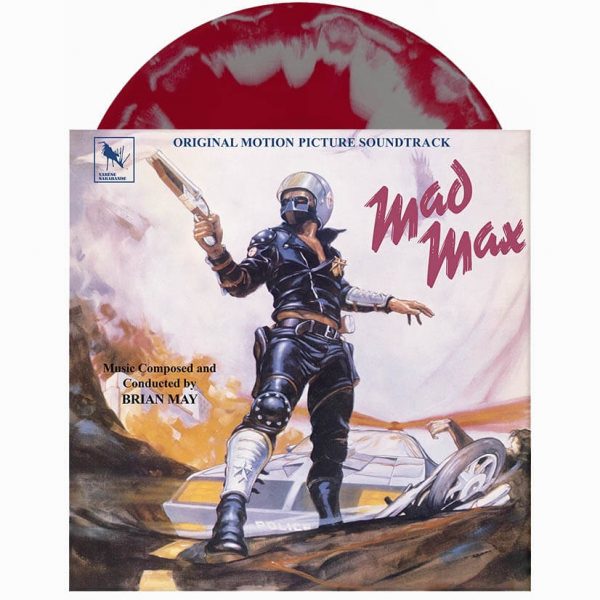 Limited Edition of 750 only Gray and Red Haze Vinyl.

The original motion picture soundtrack from the 1979 classic Mad Max, composed by and conducted by Brian May.

A taut, tense science fiction thriller, the low budget Australian Mad Max (1979) made Mel Gibson an international star. A savage drama of a highway cop pushed into bloody vengeance in a crumbling near future Australia, the film was followed by two spectacular sequels. Mad Max II was also scored by Brian May, while Maurice Jarre, familiar with the burning desert after Lawrence of Arabia and The Message, took over for Mad Max: Beyond Thunderdome. Brian May (the Australian composer, not to be confused with the ex-Queen guitarist who contributed songs to Flash Gordon and Highlander) crafted a brilliant action score with a memorably driven main theme, rousing brass fanfares and bold percussive writing. The album sounds crisp and powerful, if just occasionally lacking a little clarity, but compensates with a previously unreleased suite of outtakes. This is hugely energetic music, May’s grandly orchestral writing continuing the classic tradition of Bernard Herrmann’s fantasy scores for such films as Mysterious Island, while pointing the way to James Newton Howard’s Waterworld (essentially Mad Max goes to sea) and Basil Poledouris’s Starship Troopers. This album belongs in the collection of anyone who loves the sound of full-blown orchestral action cinema. –Gary S. Dalkin