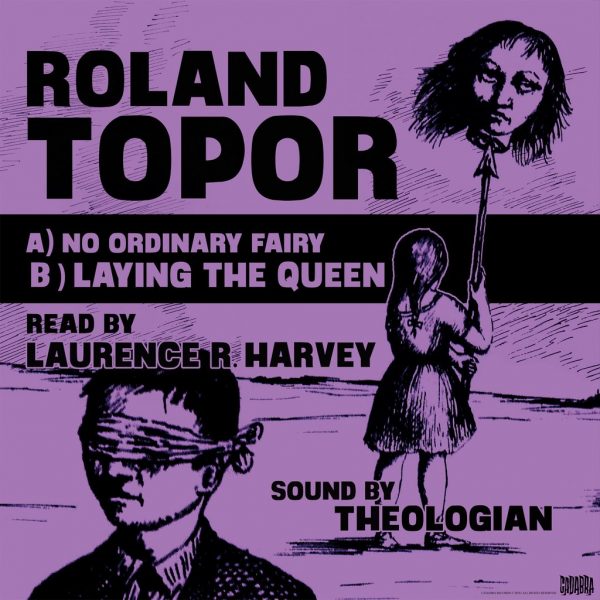 Cadabra presents No Ordinary Fairy, written by ROLAND TOPOR, and read by Laurence R. Harvey. TOPOR is most widely known for his role as Renfield in Werner Herzog’s Nosferatu The Vampyre (1979), as well as Threshold Of The Void (1972), The Gatekeeper’s Daughter (1975), Ratataplan (1979), Merci Bernard (1982), and many other cinematic productions. Laurence R. Harvey is probably best known for starring in The Human Centipede II (Full Sequence) (2011) and The Human Centipede III (Final Sequence) (2015). Pressed as a limited 12″, bearing “No Ordinary Fairy” on Side A and “Laying The Queen” on Side B, the record will see a run of 300 copies on 150-gram opaque purple vinyl with a deluxe tip-on jacket, liner notes by Heidi Lovejoy, and art by ROLAND TOPOR himself.