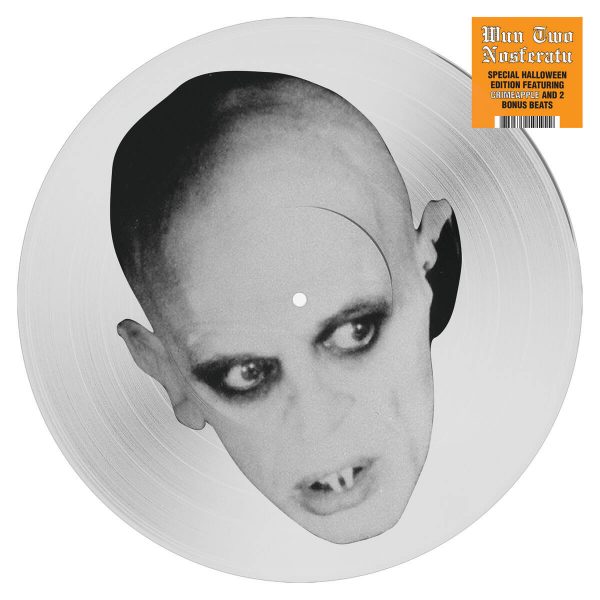 This deluxe picture disc LP not only includes 2 bonus beats not included on the original digital release, but an additional track featuring vocals from CRIMEAPPLE. “My feature list is very short as I prefer to release instrumental tracks. But CRIMEAPPLE is definitely one of the most interesting MC´s now and it´s really great that we could win him for a contribution,” added Wun Two on the rare appearance from an MC over his beats.

Releasing this Halloween in a strict one-time vinyl pressing, Nosferatu is a perfect accompaniment as the weather gets colder and the nights darker.

Wun Two remains one of the most envied lo-fi hip-hop producers on the planet. Consistently pumping out thematic releases from last summer’s Pirata to his ever-consistent Snow series, his first vinyl release through Fat Beats since his 2016 Baker’s Dozen was spawned by a horror movie binge watch. “Nosferatu represents the atmosphere of Halloween and cold and darker days. I plugged the SP into my TV and recorded movie dialogs and sound samples while watching. At the end I had a lot of material/sound sources…I liked the outcome of it and decided to release it for Halloween.” Wun Two said.

Inspired in part by composers Maurice Jarre and Bernard Herrmann, Wun Two wanted to create a project that didn’t emote the somewhat-depressive feelings of certain scores, but an atmosphere of tension and suspense so often associated with Hitchcock and Stephen King novels.