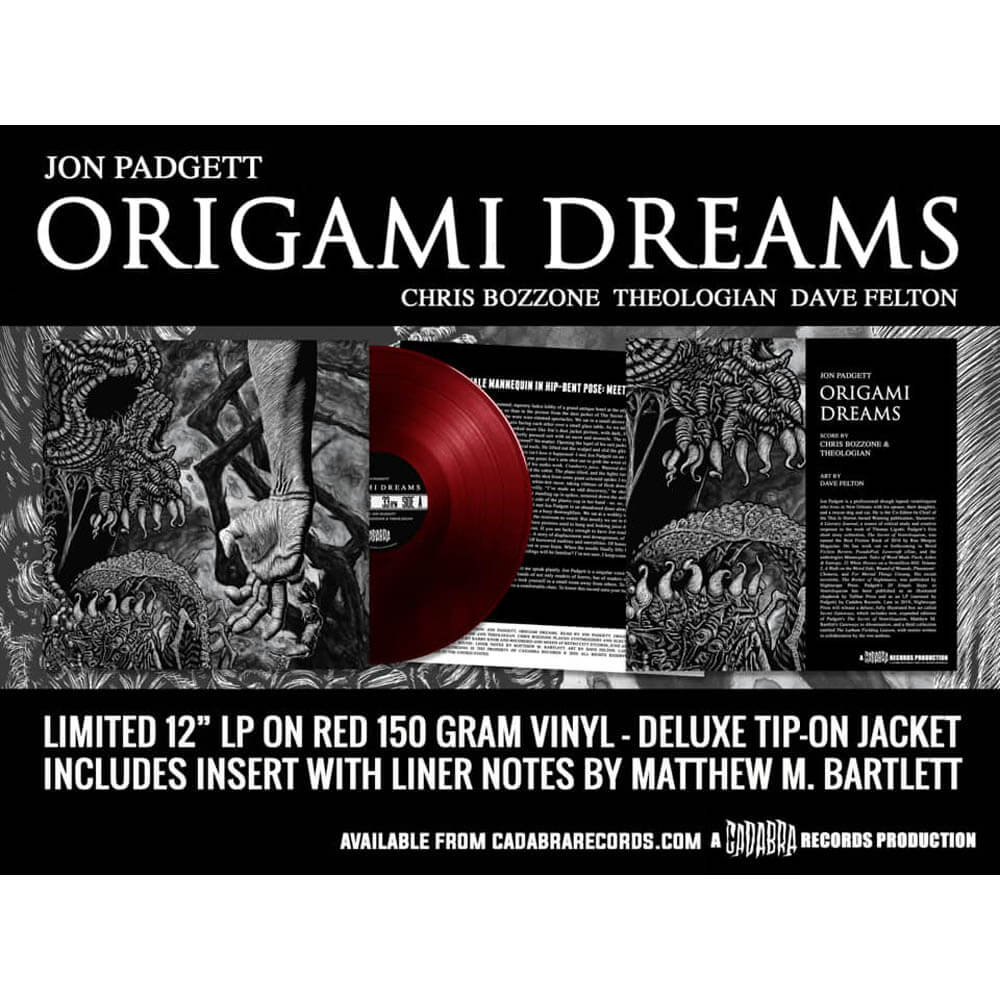 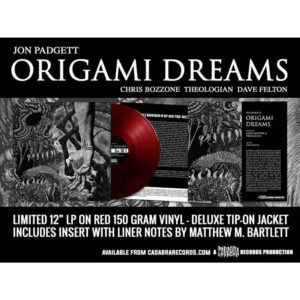 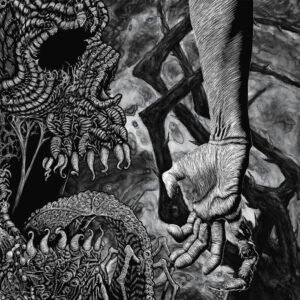 If listeners thought that Jon Padgett’s 20 Simple Steps To Ventriloquism was a terrifying spiral into madness, the audio adaptation for Origami Dreams reveals that story to be but a prelude, in terms of how Padgett crafts an unraveling.

Here, the author’s words and narration are soundtracked by the music of Chris Bozzone and Theologian. The story and music take the concept of origami — the art of folding paper into intricate, often moveable shapes — and each transform themselves, revealing layer upon layer, building on each other. Words and voice take the frame tale and interior story from confusion to dreamlike wonder to madness to confusion again.

Padgett’s tale is one of dreams and nightmares, and whether one can truly understand which is which, and whether reality exists at all, and the music behind it all only heightens that tension. The low notes of the score for Origami Dreams are less heard by the ears, than felt within one’s sternum. It’s as if the listener is part of the story, as unsure as its narrator Jack if they’ve become part enmeshed as part of somehing terrifying, or if they’re merely dreaming.

As Jack makes realizations within the story, the musical sounds will suddenly switch, the pitch itself reflecting a change in perspective. The low drones will suddenly leap higher, remaining just shy of shrillness, leaving the listener off-kilter and confused — just as Jack is. Bozzone and Theologian’s soundscapes are never outright terrifying, as they’d never deign to offer jump scares for you, dear listener. Oh, no: instead, they offer an often moaning, sometimes keening sense of dread which permeates nearly each and every second of Origami Dreams.

Other times, the music will itself become sound effects, dopplering as a car rushes past on the interstate, or turning into a wind blustering around the teller of the tale as he sees his town — and life — changing during segments of lost time and memory. The sounds are all intertwined with the tale itself, reflecting the uncertain nature of the story being told.

By the end of Origami Dreams, you may find yourself having descended into madness, drawn there by the sounds of Chris Bozzone and Theologian’s music, and lulled into dreams of horrific things by Jon Padgett’s words. Yet, you’ll find yourself returning, again and again, wondering if you might discover the secrets of unfolding, yourself. But, as Jack says as the story ends, “there are so many.” 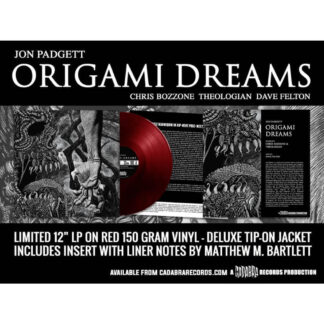