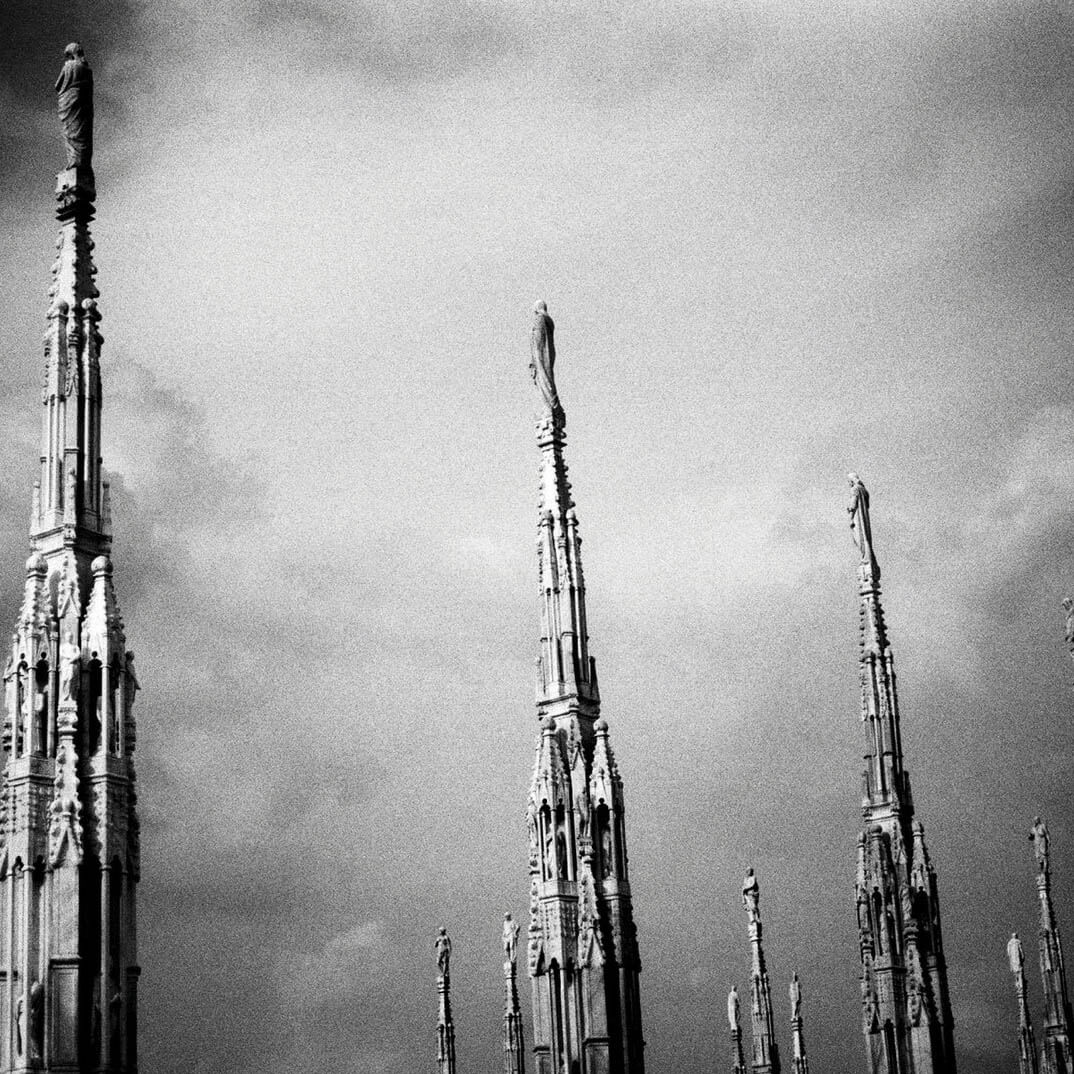 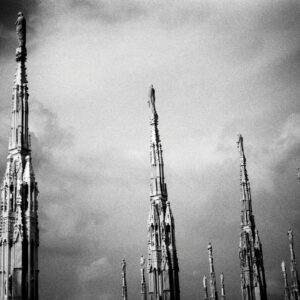 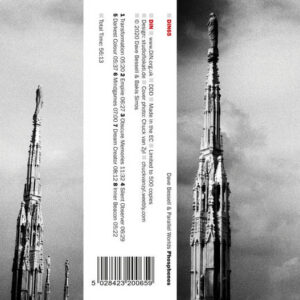 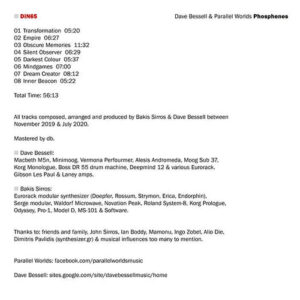 The names of Dave Bessell & Parallel Worlds should be familiar to aficionados of the DiN label with various solo & collaborative albums under their belts. “Phosphenes” see these two well respected musicians team up for their third collaborative release on DiN.

Following on from Morphogenic (DiN41, 2012) & Dystopia (DiN56, 2018) this new album builds on their previous work creating an imaginary Synthwave soundtrack. Bakis Sirros the mastermind behind Parallel Worlds provides the skittering rhythmic backdrop to the tracks over which he and Bessell overlay ominous bass lines, twisting melodies and creative sound design that recall a shadow of 1980s John Carpenter film scores. Bessell also adds his unique guitar style that he so effectively uses in his other well known side project with the synth quartet Node. Both musicians make extensive use of modular synth systems but in very different ways that perfectly blend together in these eight atmospheric tracks.

The duo of Bessell and Sirros really do have a unique sound that is unlike anything else released in the world of electronic music and “Phosphenes” presents another chance to enter their darkly twisted sonic world. 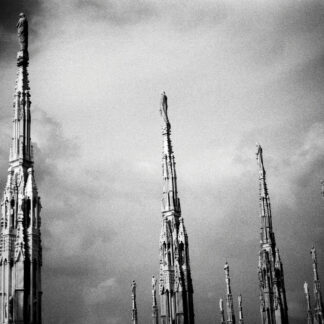