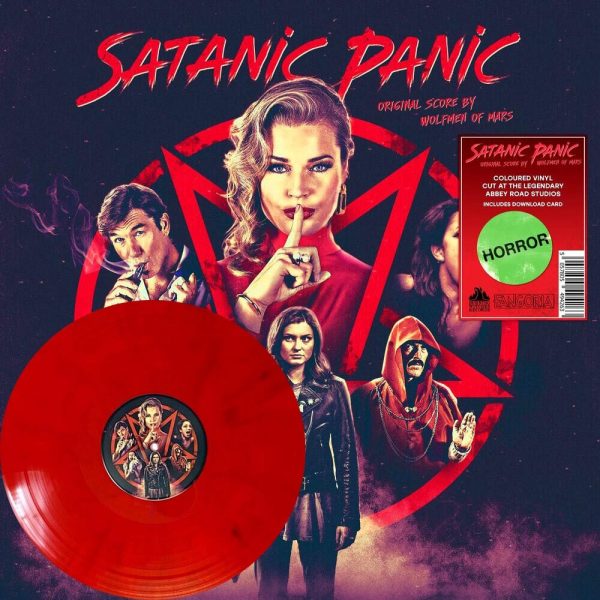 Pressed on red and purple wax with insert print and download card. Mastered for vinyl and cut at Abbey Road. Limited to 333 copies (half satan)

Burning Witches Records and Fangoria and excited to announce the release of the original motion picture soundtrack to Satanic Panic by Wolfmen of Mars.

Satanic Panic is a 2019 comedy horror film directed by Chelsea Stardust, based on a screenplay written by novelist Grady Hendrix and adapted from a story created by Hendrix and Ted Geoghegan.

A pizza delivery girl at the end of her financial rope has to fight for her life – and her tips – when her last order of the night turns out to be high society Satanists in need of a virgin sacrifice.

The Wolfmen of Mars have created the perfect soundtrack tone with some of their very best work to date. Expect synths, retro guitar tones, distorted electronics and their unmistakable style. Not to be missed.

Join us for the final pizza party of the year and kick off the festive season with a copy of the limited-edition vinyl of Satanic Panic.