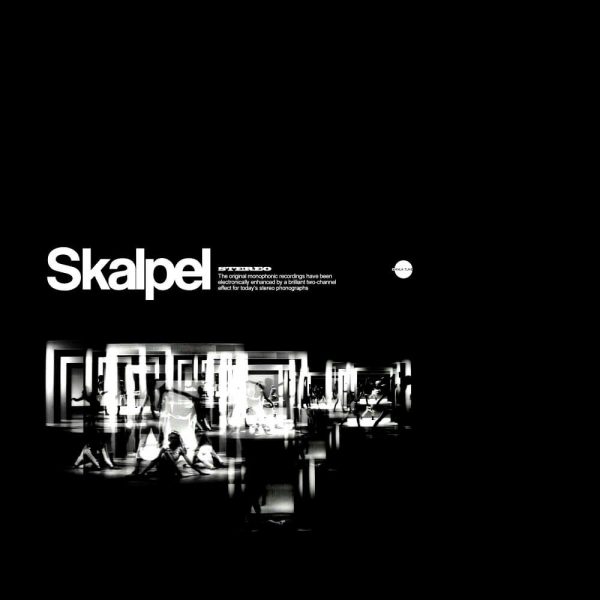 2004 First Press.
Skalpel are Marcin Cichy and Igor Pudlo DJs/producers from Wroclaw, Poland. Being new recruits of Ninja Foreign Legion, they are rather hesitant to speak about their past. Sufficient to say, they are talented DJs, whose 4 mixes were aired on Solid Steel in the past, two of which were released as “Virtual Cuts” – namely the best mixtape released in the history of electronic music in Poland.

The year 2000 was a landmark for them, as they traveled the country with DJ Vadim and his Russian Percussion, presenting an amazing 4-deck show. Later that year they released demo CD-R titled “Polish Jazz”, which not only received a lot of critical acclaim, but also led Skalpel to signing a contract with Ninja Tune. For the last two years they’ve been digging in the crates, trying to build the most exciting collection of samples from Polish Jazz records. Now they are slowly unleashing the music created from these sounds. They ressurected dusty&smokey spirit of polish jazz of 60s and 70s, and reimagined it for 21st century audiophiles.