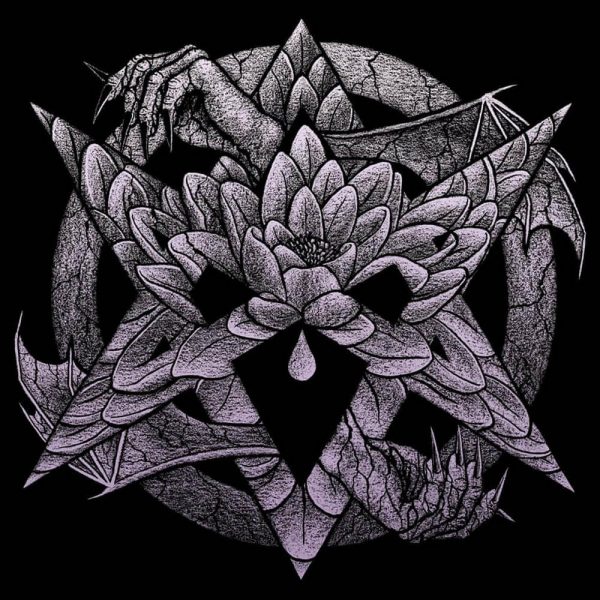 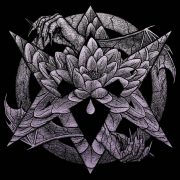 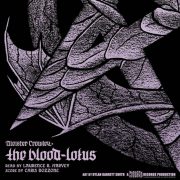 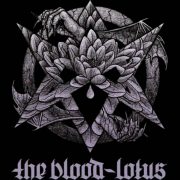 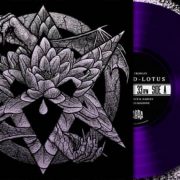 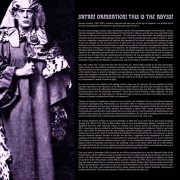 Track Listing:
Side A – Hymn to Lucifer, The Blood-Lotus, All Night
Side B – Necrophilia, Erebus, Abysmos

Chris Bozzone’s musical accompaniments to Lawrence R. Harvey’s reading of these selections from Aleister Crowley’s 1898 collection of poems, White Stains, are as subtle and unobtrusive as the reader’s voice. The poems are delivered as if in confidence, a handful of quietly-spoken confessions delivered directly into the ears of a close confidant, building from reserved intimations to undisciplined clamoring by album’s end.

The first poem, “Hymn to Lucifer,” leans heavily into the sibilant sounds of the serpent. Bozzone’s score is equally sinuous, slithering behind Harvey’s reading of lines such as “With noble passion, sun-souled Lucifer/ Swept through the dawn colossal, swift aslant/ On Eden’s imbecile perimeter” with such adroit skill that one can almost feel the scales sliding across their body.

Its compliment immediately follows in the sotto voce reading of “The Blood-Lotus,” with long, ringing chimes slowly drawn out as accompaniment. It’s a subtle effect, as if singing bowls were being used to hypnotize the listener.

As the recordings progress, however, one becomes aware that there is a certain sort of seduction being made. It’s especially clear as “All Night” plays out. The use of piano and flute are beautiful, yet haunting. Bozzone’s work on the keys sounds as if it’s an introduction to a piece which will inevitably bring about release. The music keeps the listener on tenterhooks as it gently – yet insistently – cycles through its run. The music becomes the aural equivalent of foreplay, and “Heavy within the womb, we wait the morn/ Of its fulfillment,” and Harvey delivers words like “thrust” and “lust” with obvious delight, leaning heavily into the sweaty sin of it all.

Things become much more decadent, verging on depraved, once the record is flipped. As Harvey and Bozzone take on “Necrophilia,” wordless choirs contrast Crowley’s enjoyment of “obscenities” and “things shameful.” The exultation of the singers diverts the unabashed glorification of decay from distasteful and odious to liberating and celebratory, letting the listener find a path “To revel with the worms in Hell’s Delight in such obscenities.”