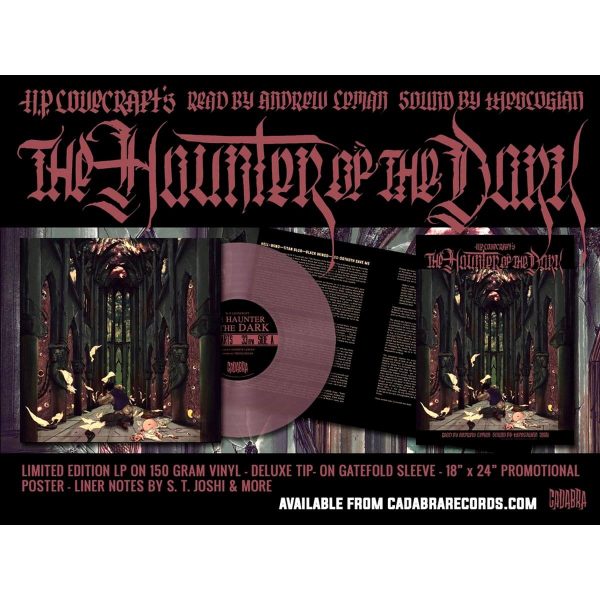 The Haunter Of The Dark (Azathoth Variant)

From S. T. Joshi’s notes:
“The church that figures so prominently in the tale is—or was—real: it is St John’s Catholic Church on Atwell’s Avenue in Federal Hill (condemned in the early 1990s and now destroyed). This church was in fact situated on a raised plot of ground, as in the story, although there was (at least prior to its demolition) no metal fence around it. It was, in Lovecraft’s day, very much a going concern, being the principal Catholic church in the area. The description of the interior and belfry of the church is quite accurate. Lovecraft heard that the steeple had been destroyed by lightning in late June of 1935 (he was not there at the time, being in Florida visiting Barlow); and instead of rebuilding the steeple, the church authorities decided merely to put a rather stubby cap on it. This incident no doubt started his imagination working.
The immediate impetus for writing the story, in fact, was the unexpected sale of both At the Mountains of Madness and “The Shadow out of Time” to Astounding Stories in late 1935, a veritable financial lifeline for Lovecraft, who professed that “I was never closer to the bread-line than this year.” Acceptances of this kind always energized Lovecraft, just as rejections depressed and deflated him. Indeed, several rejections by his usual market, Weird Tales, had been so discouraging that he refused to submit any stories to the magazine for years. And he similarly didn’t trouble to submit “The Haunter of the Dark” to Weird Tales—or anywhere else—even though several colleagues praised the story when reading it in manuscript. At last, in the fall of 1936, he did send in the story to Weird Tales; it was promptly accepted and published in the December 1936 issue. He was thrilled to see a splendid illustration to the tale by his new correspondent, the brilliant weird artist Virgil Finlay.
Three months later, Lovecraft was dead.”
—S. T. Joshi