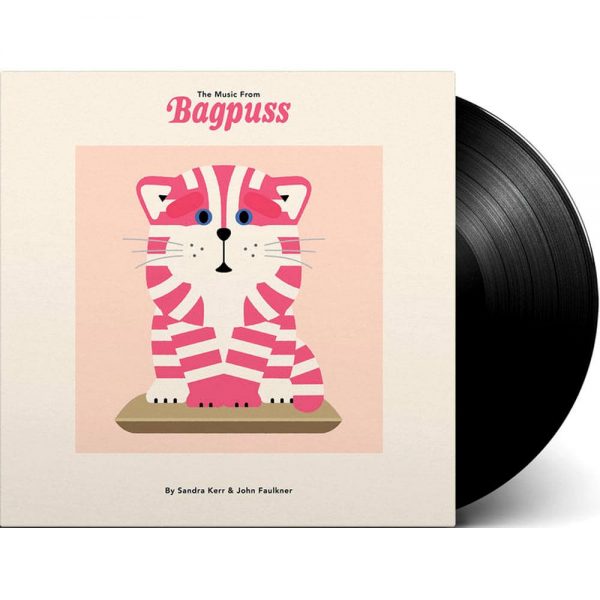 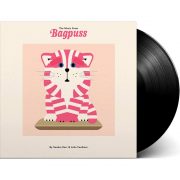 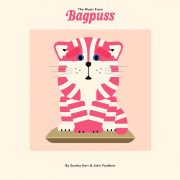 The Music From Bagpuss (Library Edition)

12th of February, 1974, and for an audience of small children at 1:45pm, a life irrevocably coloured by the wayward wonderings of one saggy cloth cat. Some 44 years later and Earth Recordings opens the door to Bagpuss & Co. once again, revealing for the first time the original music in all its newly-mastered splendour.
The 32 tracks that make up the main body of the compositions are – like all good folk music – a patchwork of traditional pieces, half-remembered tunes and pure improvisation. It’s testament to Sandra Kerr and John Faulkner‘s musicianship that the recordings work so well, not only within the context of the television episodes, but as an album in its own right. Of the recording, Oliver Postgate (in his exquisite autobiography ‘Seeing Things’) says: “Between them Sandra and John could play every sort of instrument from a mountain dulcimer to an Irish fiddle. They knew and could sing every tune in the world and didn’t bother with written music, except as a last resort. They were exactly suited to Gabriel the Toad and Madeleine the Rag Doll and in those roles were happy to play whatever music and sing whatever songs would be needed.”
Those songs manifested themselves as reworkings of familiar tunes (‘I Saw A Ship’; ‘Row Your Boat’; ‘Bucket’s Burning’), takes on traditional ballads (‘Brian O’Lynn’; ‘The Frog Princess’; ‘Weaving Song’; ‘The Old Woman Tossed Up in a Basket’) and delicious flights of fancy (‘The Bony King of Nowhere’; ‘Turtle Calypso’; ‘Uncle Feedle’). The counterpart to Madeleine and Gabriel’s more polished ditties are the interludes from the mice; a raggle-taggle chorus that accompanies the creatures’ efforts of help (with the mice once famously going on strike when they were not permitted sang as they worked). Again, Postgate muses: “Once I had worked out a few episodes I would make a very rough list of the bits where I though music would be appropriate. I would send it to [Sandra and John] to think about. Then we would borrow a fairly silent room in a remote house and, taking the various articles that we intended to celebrate with us, would spend a happy day with a tape recorder, thinking up and recording whatever songs and tunes came to mind.”
The outtakes provide an intimate – and often very humourous – insight into the trio’s work ethic, if it can be called such a thing. (By all accounts they sound as though they’re having a very jolly time indeed.) Highlights include alternative opening words and end music, as well as Postgate sound-checking in character as Bagpuss. This never-before heard audio provides a real treat for fans (and indeed those new to the Smallfilms stable) – affirmation again to the enduring quality of these special recordings, and the beloved programme that inspired them.
“An accidental classic of the folk-roots underground that we never dared hope we’d hear with such clarity.”
-Stewart Lee