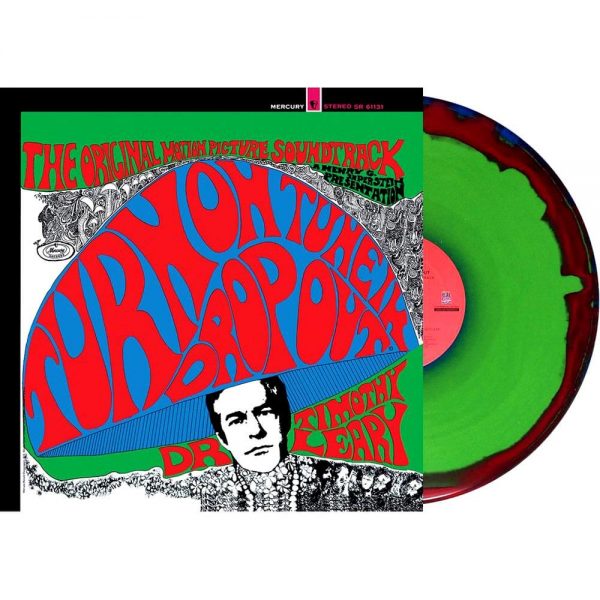 Turn On, Tune In, Drop Out

One part psychologist, one part psychonaut, and one part huckster, Dr. Timothy Leary was one of the most fascinating and enigmatic figures to emerge from the ‘60s, and the fact that he released a soundtrack to a film that nobody ever saw fits right in with his modus operandi. Indeed, mass confusion reigns as to the origin of the tracks found on Turn On, Tune In, Drop Out. First of all, Leary had released an album by the same name a year earlier on the ESP-Disk label; that one was a spoken word record offering Leary’s thoughts on LSD, philosophy, and religion. Then, in 1967, Mercury Records released this record, ostensibly a soundtrack recording, but to what? Latter day sources differ as to this question; IMDB claims the soundtrack hails from five short films (including footage of the San Francisco Be-In and Andy Warhol’s Plastic Inevitable, and an early Nam June Paik film featuring The Beatles), but then how could there be one soundtrack to five separate and distinct films?

Other authorities provide a more plausible answer—Turn On, Tune In, Drop Out was a film that Leary, his partner Rosemary Woodruff Leary, and long-time psychedelic traveling companion Ralph Metzner made that was so far out (even for 1967), that it received little theatrical release if any at all. In it, Leary guides Metzner on a trip through his body, through his memory, and all the way back to his evolutionary cellular origins, while Rosemary is the divine connection echoing Leary’s calming words. But, unlike its eponymous predecessor, this is no mere spoken-word record; alternating with and accompanying Leary’s rap is a mesmerizing East-West blend featuring guitar, tabla, and the rarely-heard veena, an Indian instrument akin to a sitar or a sarod, while odd use of reverb and sound effects create a musique concrete effect blending voice and music. Trippy? You bet. Even the song titles chart the course of an acid trip. It’s also a bit of a time machine back to the heady days of the Summer of Love; and for this limited edition vinyl reissue, we’ve pressed up 1600 copies in red, blue & green “kaleidoscope” vinyl. Turn on and tune in with the guy Richard Nixon called “The most dangerous man in America!”