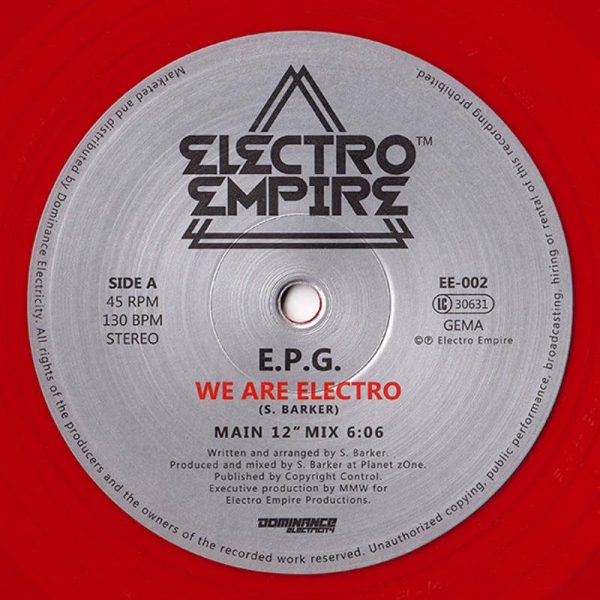 Dominance Electricity’s sub label Electro Empire presents an overdue repress of the 2014 release “We Are Electro”.

This vital production by the British EPG a.k.a. Electro Pulse Generators is an ode to the classic Electrofunk genre. But traditional instrumentation and inspirations from legendary acts such as The Jonzun Crew and The Egyptian Lover aside, “We Are Electro” is much more than just another 1980s tribute jam. Loaded with analog synths, 808 drum sounds and Vocoder vocals it also carries the originality and musical depth to become a classic in its own right. Join the journey…