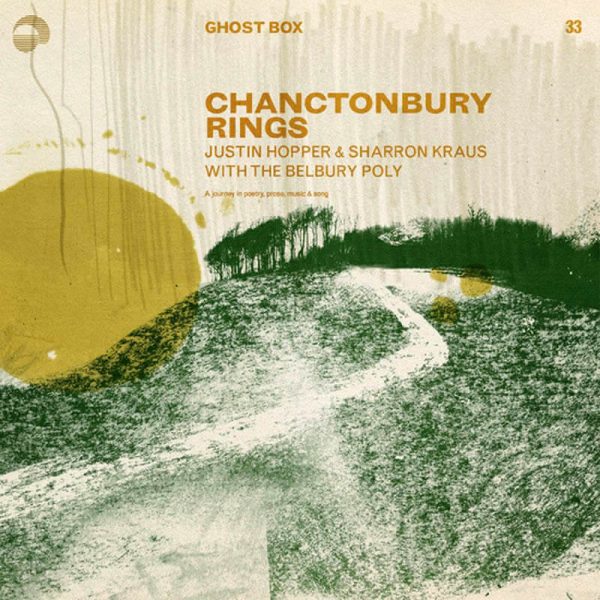 A spoken word and music project by writer Justin Hopper and folk musician Sharron Kraus. It also features Ghost Box’s own Belbury Poly. Based on live performances of Hopper’s 2017 book The Old Weird Albion (publ. Penned in the Margins), it’s a poetical, autobiographical and psychogeographical account of his experiences at Chanctonbury Ring on the West Sussex Downs.

The album is a blend of folk, electronic music, poetry, prose and environmental sound. Kraus’s electro-acoustic soundscapes and songs interweave with Hopper’s rich, intimate narration. Musically it moves effortlessly from the traditional to the avant-garde with Belbury Poly contributing music and production throughout and bookending the work with a memorable theme tune.

Finding its spiritual home on Ghost Box, the project is reminiscent of a lost era of poetry and music albums, like David Cain and Radiophonic Workshop’s The Seasons. It comes artfully packaged in a style that recalls a poetry and music for schools LP, with a nod towards 1960s Topic folk anthologies.