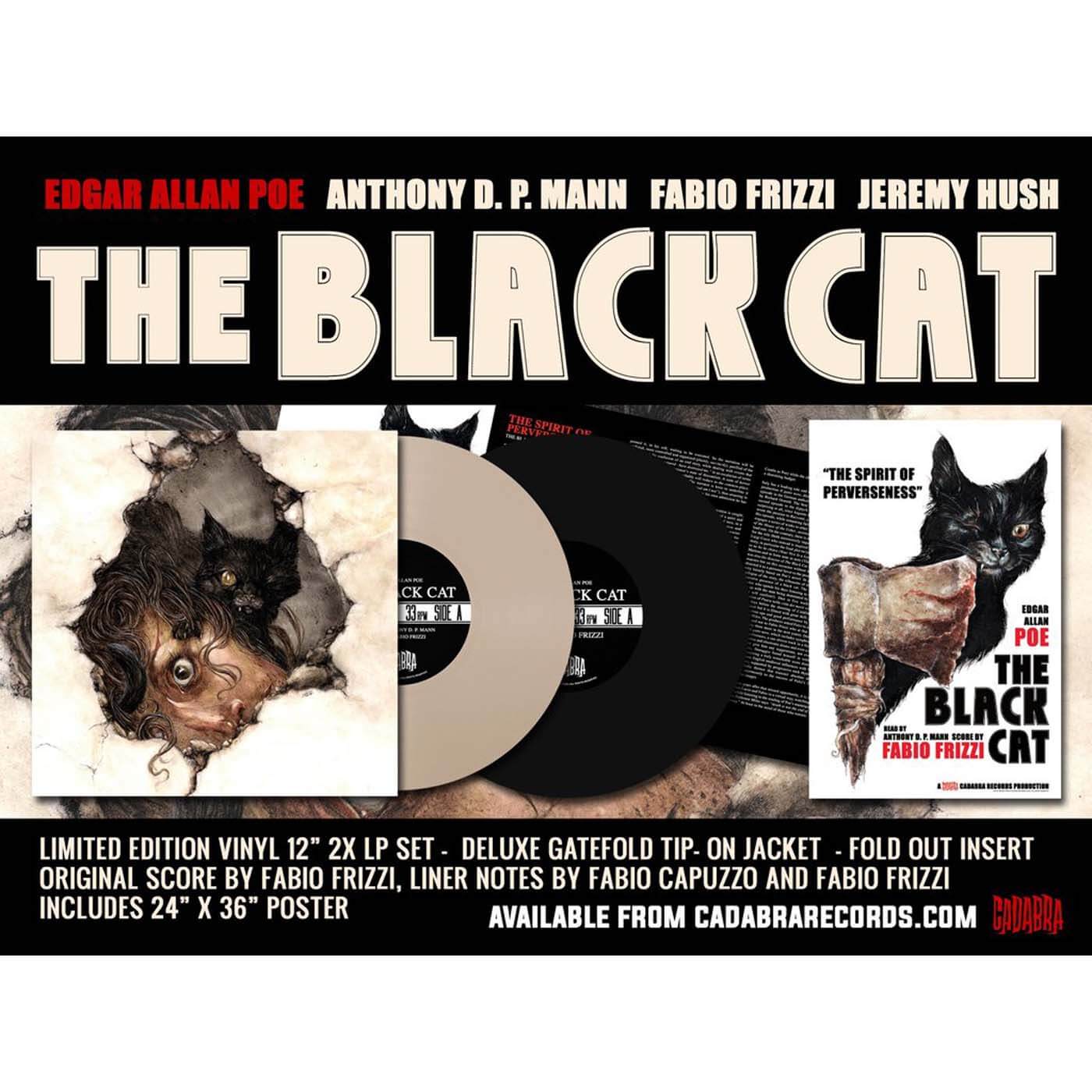 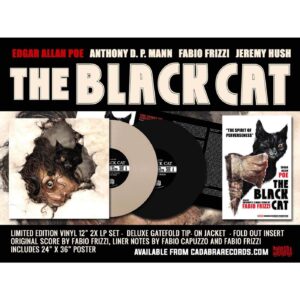 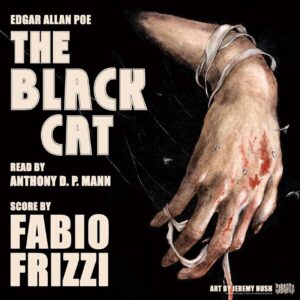 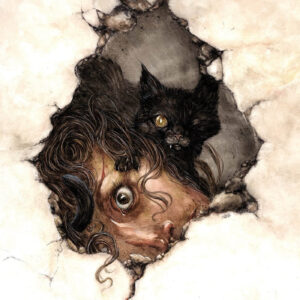 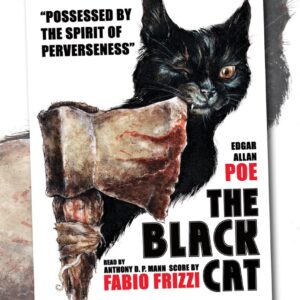 The vinyl-savvy ghouls at Spoken Arts label Cadabra Records present an intense reading of EDGAR ALLAN POE’s The Black Cat for deluxe vinyl-only release in August. As preorders are set to post tomorrow, an audio sample of the LP has been issued through an exclusive premiere at Dread Central.
The classic Poe tale The Black Cat is here told by stage and screen icon and regular Cadabra reader Anthony D. P. Mann and is the label’s second collaboration with famed composer Fabio Frizzi, preceded by H. P. Lovecraft’s, The Picture In The House. The album is rendered with newly commissioned art by Jeremy Hush.

Fabio Frizzi was originally set to score Lucio Fulci’s The Black Cat in 1981 which never happened; Cadabra Records edition also serves as a nod to Lucio Fulci.
Frizzi states, “It’s been a while. The Black Cat is back. And with enthusiasm, the magical flow of creativity is again with me!”
With strict attention always paid to the delivery of their deluxe vinyl releases, Cadabra will offer The Black Cat in retail and exclusive direct editions. Both versions are pressed on 150-gram colored vinyl, printed on deluxe heavy weight tip-on gatefold jackets, with liner notes by Fabio Capuzzo, author of Goblin, Seven Notes In Red, and include an insert with liner notes by Fabio Frizzi and a 24″ x 36″ poster. The exclusive direct edition is presented in a 2xLP set, the second record featuring Fabio Frizzi’s isolated score.
Adored by fans of ‘80s horror, Italian composer Fabio Frizzi is best known as the composer to such classic genre films as The Beyond, The City Of The Living Dead, and Zombi 2 by film maker Lucio Fulci. More recently Frizzi has scored Kill Bill 2 and Puppet Master: The Littlest Reich. Frizzi studied classical guitar, piano and composition. In love with his profession and eclectic in nature, he has had a great deal of experience in many different areas of music. From 1974 to 1979, he was a member of the trio Bixio-Frizzi-Tempera, but the flagship of Frizzi’s career is certainly his lengthy occupation in the field of movie scoring, with over eighty films and many TV series, working with many popular directors. He has written music for many different film genres, from comedy to romance, action movies, westerns, and more, but surely the aspect that has given him the most recognition and appreciation is his lengthy collaboration with director Lucio Fulci, particularly in relation to horror films. In 2003, Quentin Tarantino included in the soundtrack of his Kill Bill: Volume 1 one of Frizzi’s themes from Sette Note In Nero (The Psychic), directed by Lucio Fulci in 1977. The Maestro’s career has also included many collaborations with theaters, radio and television, many experiences as an orchestra conductor for concerts and shows, and compositions of classical works for guitar and ballet. “My dream was to become a composer of soundtracks,” he states. “If I have made it happen, I think my friend Lucio played a crucial role.”
Anthony D. P. Mann is a Canadian-based actor and filmmaker, whose on-screen character credits include Dracula, Sherlock Holmes, The Phantom Of The Opera, and Ebenezer Scrooge. On audio, he has brought to life the works of Edgar Allan Poe, Robert Chambers, Charles Dickens, M. R. James, and H. P. Lovecraft, working alongside such film and TV luminaries as Sir Derek Jacobi, Tony Todd, and David Warner. Indulging in his love of audiodrama, spoken-word, and all things macabre, Mann is delighted to be called upon to bring this evil little tale to life. 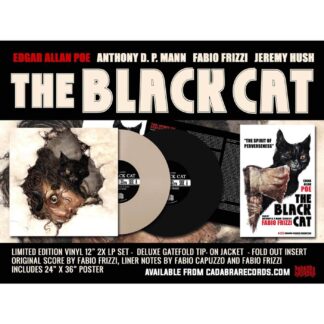