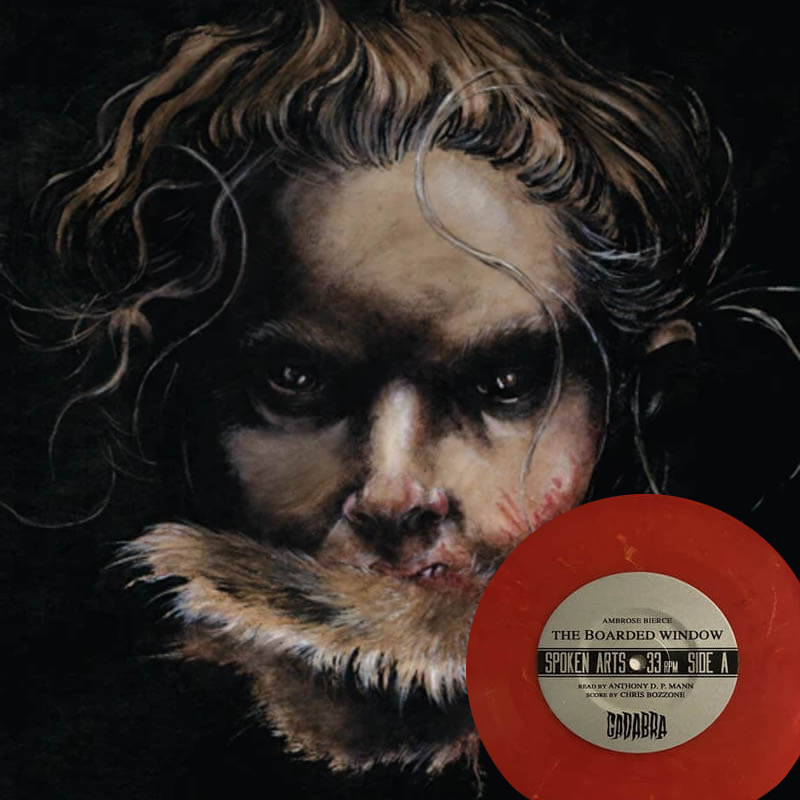 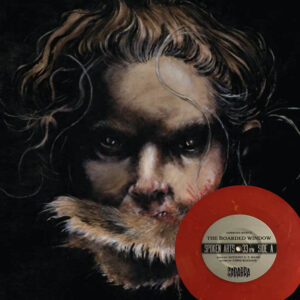 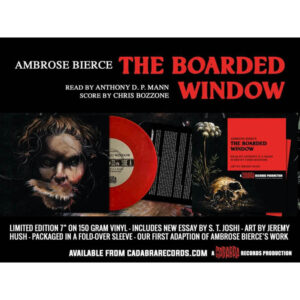 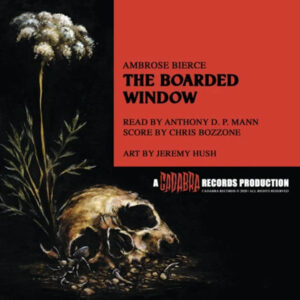 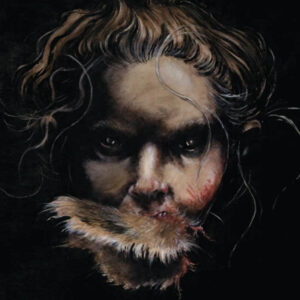 First published in The San Francisco Examiner over a century and a quarter ago, Ambrose Bierce’s short story, “The Boarded Window,” finds new life and new terror when read by Anthony D. P. Mann and scored by Chris Bozzone on this 7-inch vinyl record. The tale cannot properly be called a frame tale, given that it never quite returns to the original storyteller, but Bierce’s shifting use of perspective in the story’s opening minutes leaves the listener on the same uneasy footing as the protagonist, Murlock.

By the time we’re listening to the tale proper, the storyteller – voiced with impeccable aplomb by Mann – has told of Murlock’s ultimate fate, the fate of his cabin years later, and how the narrator came to know all that will soon be spoken. Yet, behind it all is a pleasant, circular melody by Bozzone, reflecting the sunny possibilities of a young couple’s new cabin and freshly-cleared plot of land.

However, once Bozzone ends the preface, and intones, “I imagine there are few people living today who ever knew the secret of that window. But I am one, as you shall see.,” the music shifts, declining in tone, and slowing – darkening, really. As we learn that “One day Murlock was found in his cabin, dead,” the piano disappears entirely, and is replaced by naught but the drone of a synthesizer.

When Murlock fears for his life in the dark of night, after having prepared his departed wife for burial and fallen asleep at the table the sounds are defiantly organic and close, as though we’re hearing the sound of Murlock’s final moments, clattering and breaking apart cessation of functions. It’s in stark contrast to when Murlock’s bride is taken by fever, which has a clarion echo, almost fully synthetic and distant.

Our footing is never sure during the duration “The Boarded Window,” as the listener will not know until the final moments – truly, the very final moment – just what took place in that cabin in the woods. Fittingly, when we do, there comes nothing but silence. 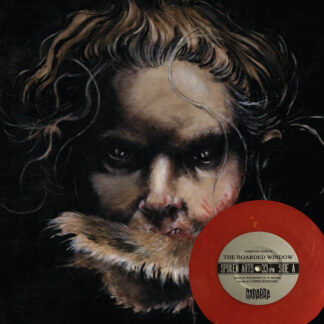