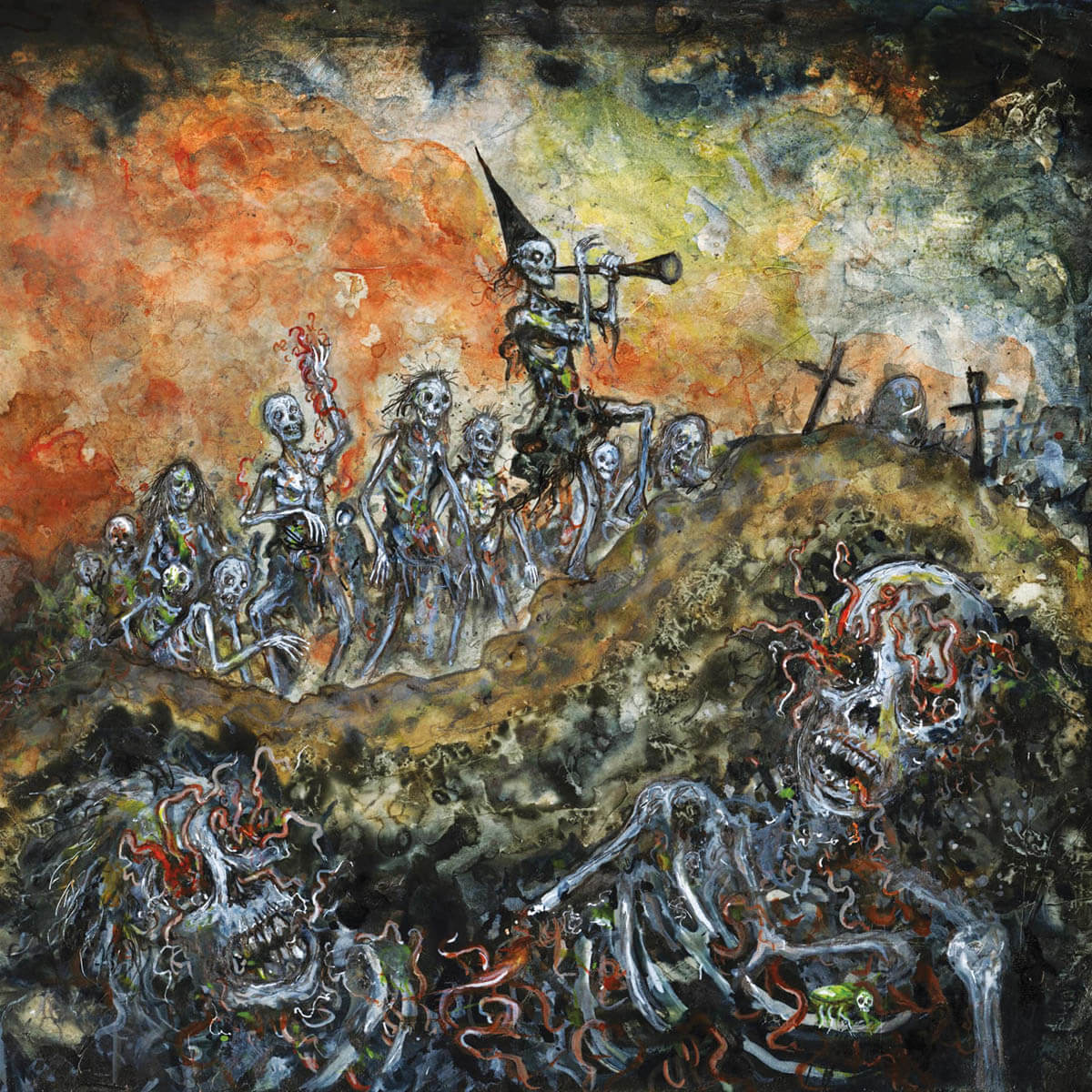 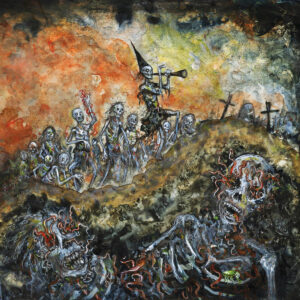 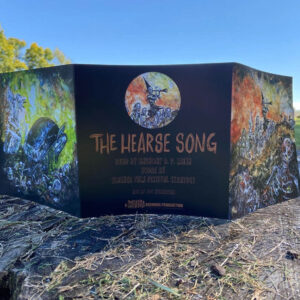 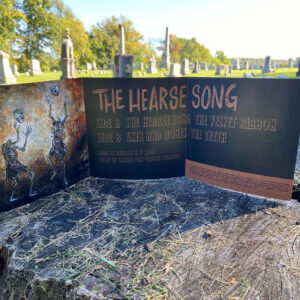 7″ release of The Hearse Song, which features music by SLASHER FILM FESTIVAL STRATEGY, and readings by ANTHONY D. P. MANN.

Five years ago, Cadabra Records released its first installment of the Cadabra Records presents Halloween 7-inch series, “The Hearse Song.” Since then, the label has celebrated the holiday with releases of H.P. Lovecraft tales, a pair of folk horror stories by Matthew M. Bartlett, and a college of readings from author Joe Keinberger, but that first love is always the one you’ll remember, and such is the case with “The Hearse Song.”

In the case of this release, there’s something absolutely, joyously silly about hearing the stentorian, proper tones of Anthony D.P. Mann speak-sing the titular track, because it is simultaneously fun and still a bit scary. If it’s possible for Mann to not frighten a listener a little bit, it’s because said listener’s blood is already turned to ice. When he intones “The worms play pinochle on your snout,” one wonders whether they might not need to check their olfactory appendage, regardless as to whether or not they have recently laughed at a passing hearse or not.

The same goes for the childhood rhyme of “Skin & Bones,” wherein Mann gives the piece an actual bit of singing on the “Oooooh” portions of the poem, but it’s spooky, not excited, although it certainly could be said to be excitedly spooky.

The two stories contained on sides A and B – “The Velvet Ribbon” and “The Teeth,” respectively – are not messing around, however, with each one making a pass at their version of a twist ending tale. Whether it’s the connubial irritations of the former or the parent and child issues of the latter, family is at the heart of each, and regardless of how familiar you are with certain variations on each tale, these versions will become the platonic ideal for listeners as quickly as they did for us.

The music of the Slasher Film Festival Strategy is rare in Cadabra’s catalog, but this marks the first work the group did for the label, and one can see just why their oeuvre is so popular amongst horror-synth cognoscenti. For “The Hearse Song,” they clank and clang with barrelhouse piano and stomped drumming, but on “Skin & Bones,” their sounds move to that of dark bitwave. Yet, neither seems as though it’s disparate from the other, with a moody melodicism inherent in both.

“The Hearse Song,” the common, creepy poem which widely remembered by the lines, “the worms crawl in, the worms crawl out, the worms play pinochle on your snout.” The A-side also features a suspenseful rendition of the popular haunting story, “The Velvet Ribbon.” The B-side of the record packs two more well-known childhood tales of horror, leading with the succinct but bold tale of the old lady in “Skin And Bones,” followed by the more extensive and suspenseful version of “The Teeth.”

The Hearse Song 7″ flows with a creepy, diverse score by long-running horror/sci-fi film outfit SLASHER FILM FESTIVAL STRATEGY, who has unleashed a plethora of albums and various other recordings on labels like Foreign, Sounds Children Of The Night, and others since the late 1990s. The EP marks the first collaborations with the artist for Cadabra Records. The four movements are recited by returning Cadabra reader, Anthony D.P. Mann, a Canadian-based filmmaker and actor with five feature films and a lifetime of stage and radio to his credit. In roles ranging from Count Dracula and the Phantom of the Opera, to Ebenezer Scrooge. 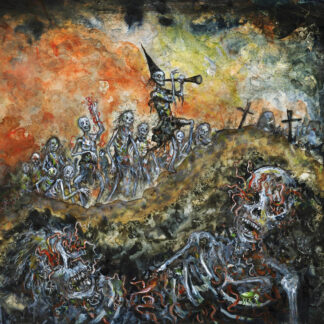