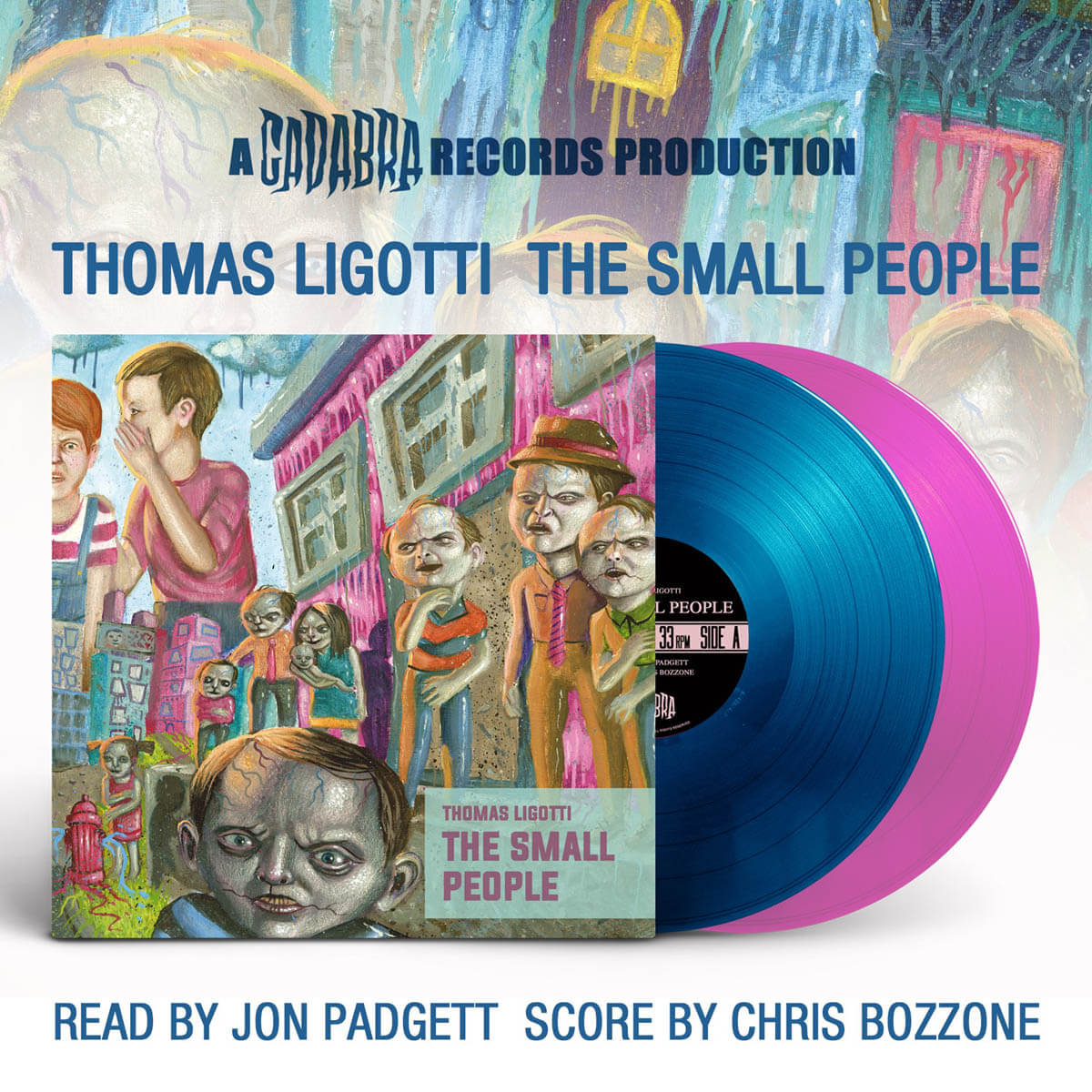 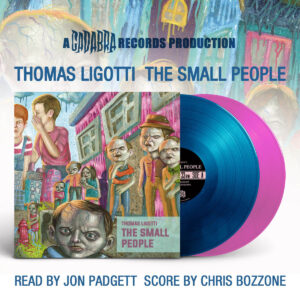 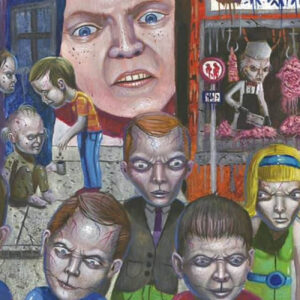 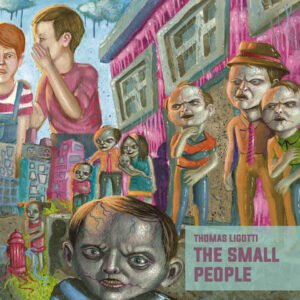 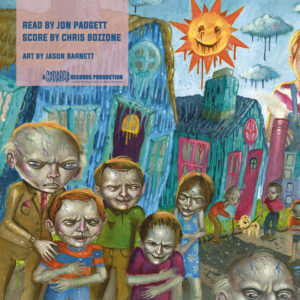 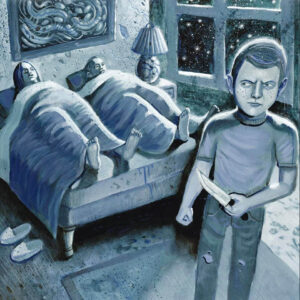 From the very outset, the audio adaptation of Thomas Ligotti’s The Small People is astonishingly distressing. Jon Padgett takes on the first person role of the narrator, relating the story of how, as a young boy, he discovered his fear of “them,” and how the epiphenomenal terror turned into something with brutal results. With music by Chris Bozzone, the audio version of this novella begins at a level which is uncomfortable, and only becomes more frightening as it goes on.

It’s the sound of a man – or, really, a man telling the story of a child – spinning downward and out of control of his own mind, giving in to a deep, abiding, obsessive hatred. However, given that this is something the narrator felt “deep inside,” in contrast with his opinion that the “smalls” were “hollow, empty things,” one nearly begins to sympathize with the otherwise execrable youth. As the listener, you too begin to under stand what it’s like to be “alone but still feel the presence of something unimaginably awful that might appear all of a sudden – that is, until the end, when Padgett’s unhinged performance during The Small People’s waning moments is so superbly mad that there is no question as to what is going on here.

Chris Bozzone’s score begins as a soaring klaxon, triumphant, upon the narrator’s first glimpse of the “smalls,” when in confrontation with his parents, while at other points, Fred Mollin’s theme for Friday the 13th: The Series comes to mind when Bozzone’s music strays from the heartbeat pulse to which it most closely hews. The plucking of a harp, augmented with a dark array of lengthy synthesizer chords, “adds to the disorienting unreality of the situation,” as Ligotti so evocatively writes. Strings find their way into Bozzone’s score, but never does the musical throb dissipate. The strings can be thought of as the twitching nervous system of our narrator, as the electronic backbeat is its coronary pulse. A Mellotron-like moaning can occasionally be heard in moments of thoughtful pause, but never does the music ever cease emotionally reflecting the inner workings of our narrator’s ever-increasingly disturbed monologue. As The Small People goes along, Bozzone moves into piano pieces, a strangely beautiful accompaniment to a terrifying realization that the “smalls” are slowly taking over our world with their colonies. When the narrator’s ranting reaches its highest peaks and is at its most strident, the music is its most gorgeous, even going so far as to add a melodic string section. It’s as perfect a counterpoint as Bozzone has thus far created.
About Thomas Ligotti: 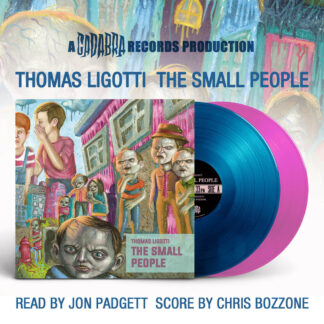