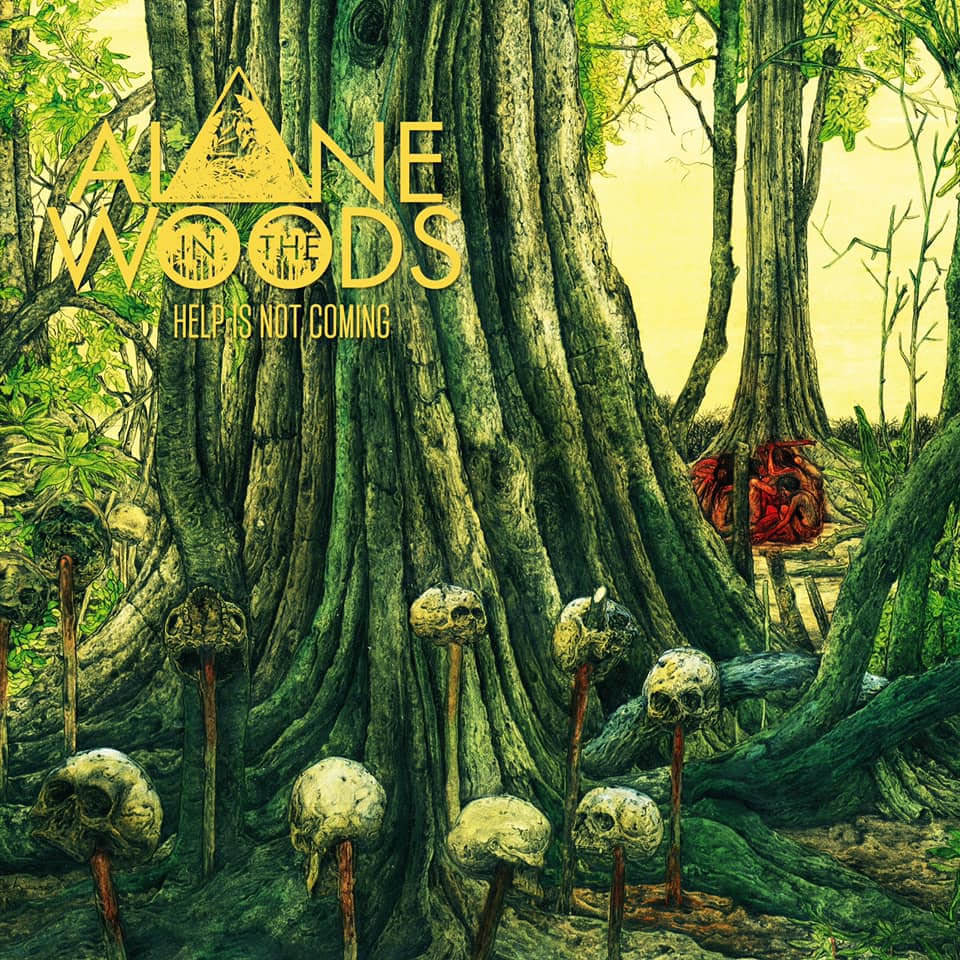 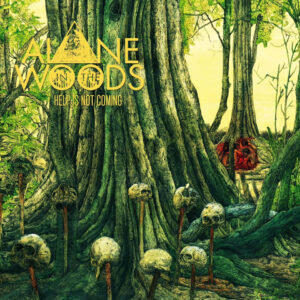 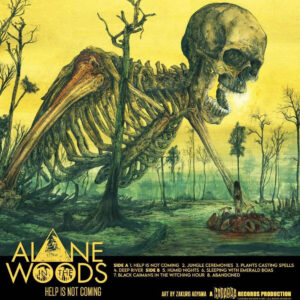 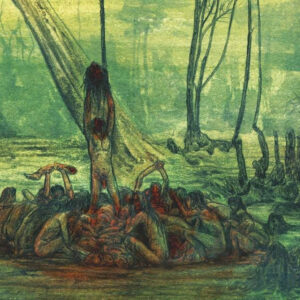 Help Is Not Coming

Alone In The Woods, Help Is Not Coming 12″ LP Super Limited to 100x Transparent yellow Only Worldwide

For the followup to 2019’s Kwaidan, Alone in the Woods – the New York-based duo of Jon Dobyns and Lonn Bologna continue on with their globe-spanning sound. Whereas on their last album, the pair drew from the stories of Yakumo Koizumi, with Help Is Not Coming, they pay homage to the cannibal genre. Much as director Ruggerio Deodato chose to soundtrack his 1980 film, Cannibal Holocaust, with the beautiful sounds of composer Riz Ortolani, so goes Alone in the Woods.

Help Is Not Coming is not here to generate terror, but instead, opts to create an atmospheric environment wherein the listener can feel the jungle slowly closing in around them. At its very outset, the musicians mix in the sounds of birds and rushing water, crafting an environment which feels as much a part of the album as the music of Alone in the Woods themselves.

Utilizing flutes, drums, and other instruments which could readily be crafted from the flora and fauna of the deep jungle, the core of Dobyns and Bologna’s music on this album feels as though it speaks to something primal. Augmenting the acoustic sounds with electronic aspects results in Help Is Not Coming becoming a cinematic trek off the beaten path to an unknown world.

With each successive track on the album, Alone in the Woods’ music becomes more claustrophobic, as if with each beat of the music, a stalking force within the jungle is waiting to pounce. It’s a steady progression, as one piece takes its lead from those which precede it.The off-kilter doppler effect which increases throughout the end of “Jungle Ceremonies” leads into the hypnotic rhythms of “Plants Casting Spells,” leading to a lengthy trek along the “Deep River.”

The fact that the title of the last song on the first side references Umberto Lenzi’s 1972 Man from Deep River, often regarded as the film which kicked off the Italian cannibal film craze, demonstrates how well-verse Alone in the Woods are in the lore of the genre and, flipping the record over, the pair lean hard into fashioning a veritable fear factory for the second half of Help Is Not Coming. 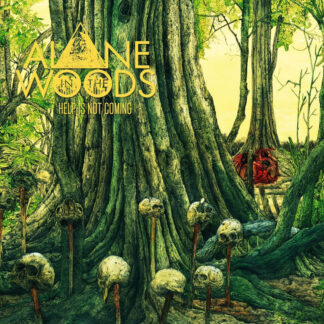