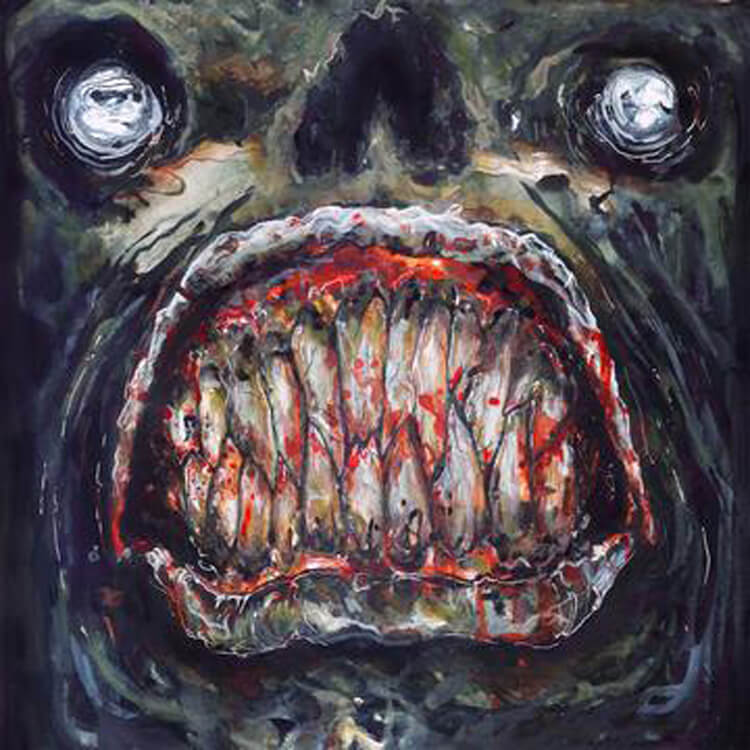 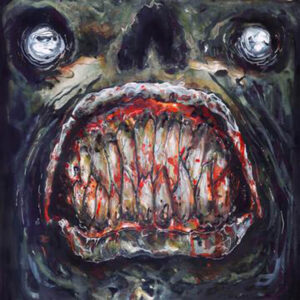 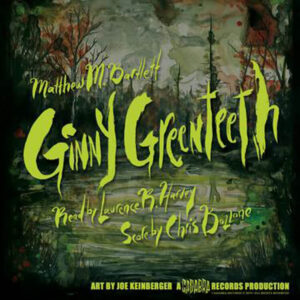 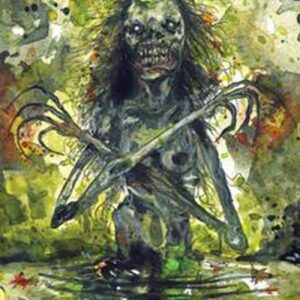 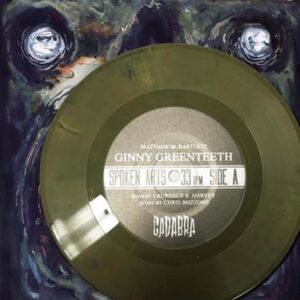 Author Matthew M. Bartlett’s short story based on the English folklore legend of Jenny Greenteeth is perfectly summed by by a line early in the tale: “Fall was tainted that year.” Commissioned by Cadabra Records specially for this Halloween release, the story is read by actor Laurence R. Harvey and scored by Chris Bozzone. “Ginny Greenteeth” is visceral in both the literal and figurative senses of the word, in that it will evoke primal, deep-seated reactions from the listener from descriptions of acts almost too terrible to contemplate.

The modern update of an old legend sees the story of what has been variously described as a witch, hag, or water fairy summoned into our time for nefarious purposes. As the tale goes, Ginny feeds on young children who come too near rivers, lakes, and marshes where they ought not go. As in the olden days, it’s fear supplemented by rumor – “a friend of the cousin of the wife of a lieutenant was heard to have said that human teeth marks were found in the young victim’s flesh, but five times the size of a normal human tooth” – and in this story, there are scenes of real world horror, conjoined with supernatural terror, which will evoke actual, heart-stopping, skin-crawling panic in even the most jaded of listeners.

The excellent frame tale is complemented by Bozzone’s almost ceaselessly menacing score, constantly emphasizing Harvey’s reading with sounds which ebb and flow like the lapping of the water at the Franklinsville Wildlife Preserve itself. Stabbing electronics flow into walloping bass thuds, evoking panic and the heightened pulse of a frightened heartbeat. The sound of a harpsichord helps to blur the lines between then and now, reminding us that this is a creature long-feared, and even now, we should worry a bit about those duckweed-covered shorelines.

What Bartlett’s story reveals in the end, however, is that while we might fear a water-dwelling monster with a massive maw and ripping, rending teeth, there are terrors far more insidious to contemplate than even a “mud-caked and savaged” six year-old boy. As to what they might be, you’ll have to listen, should you be able to handle it. 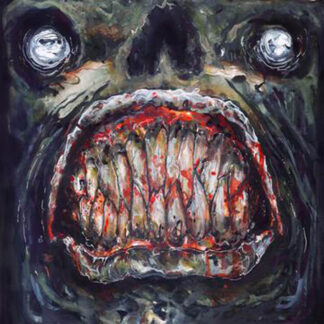