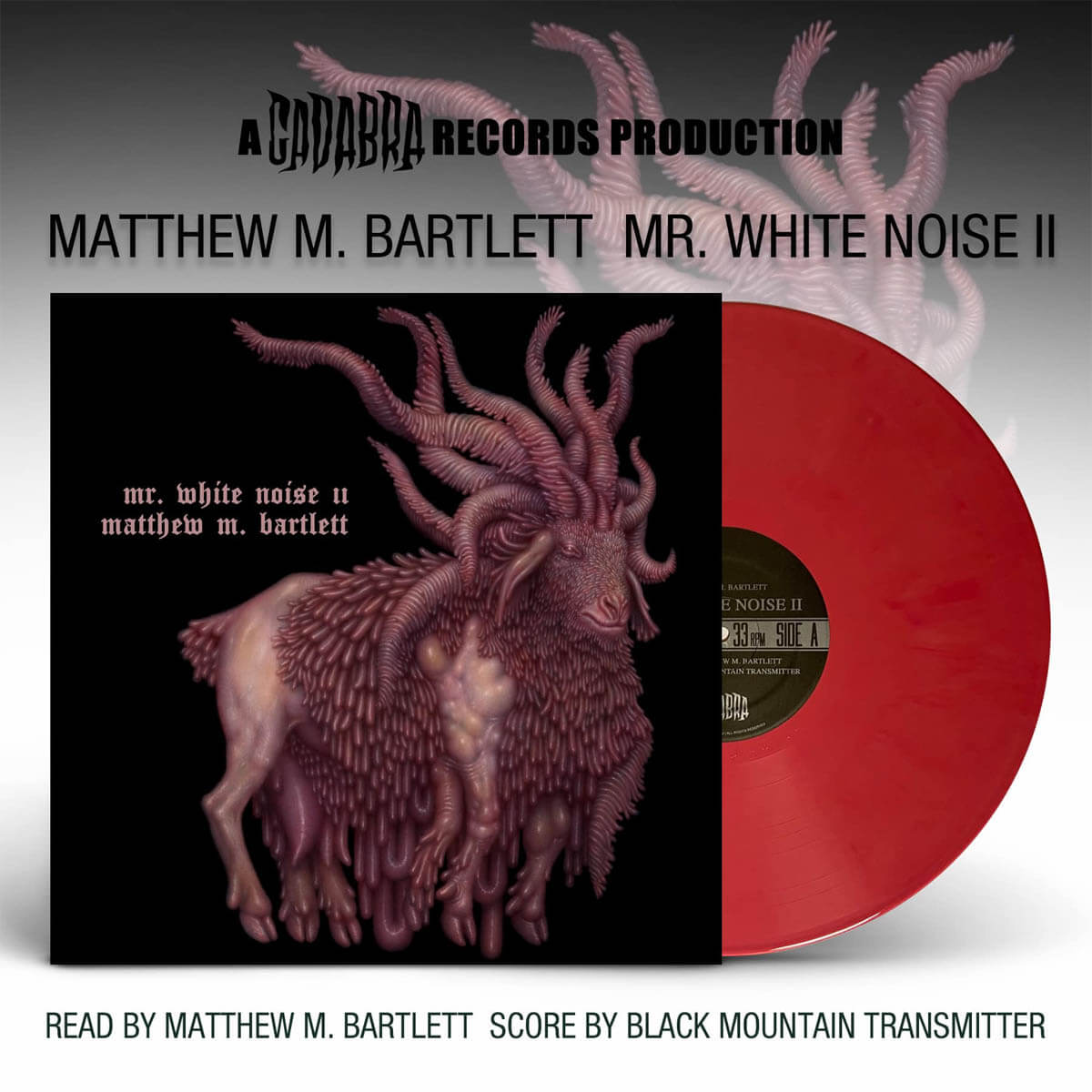 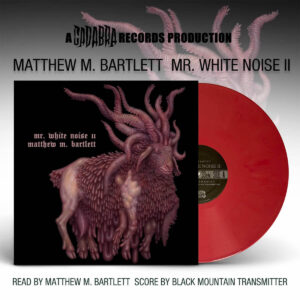 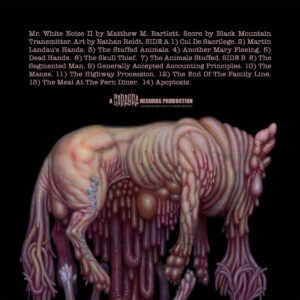 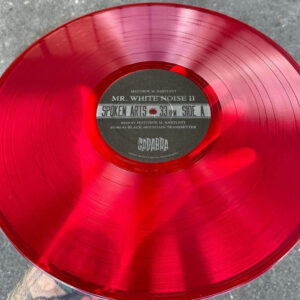 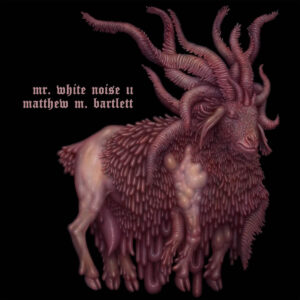 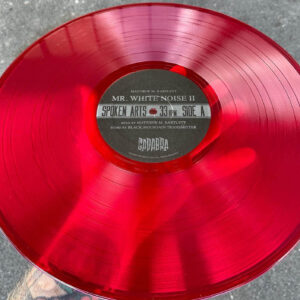 After four years, author Matthew M. Bartlett has once again teamed up with Black Mountain Transmitter to craft a collection of his terrifying and baffling short fiction in auditory form. Mr. White Noise II sees the author reading his work over J.R. Moore’s electronic soundscapes, expanding the original collection to nearly double its original number of pieces. Tales from the first release like “Generally Accepted Accounting Principles,” “The Highway Procession,” and “The End of the Family Line” are augmented with the addition of “Cul-De-Sacrilige,” “The Skull Thief,” and “Stuffed Animals,” among others.

Mr. White Noise II collects tales of unknowable terror set within a suburban landscape, wherein sunlit cul-de-sacs and children’s bedrooms are made as frightening as any dark country lane or hidden abattoir. The sounds of radio or television stations just out of range, whistling in the ether while echoing voices speak at the edge of hearing, might bring you to the precipice of madness, had you not already fallen into its depths with Bartlett’s direct declamation of his words.

As befits the mysterious titular character who makes an appearance or bears mention in many of Bartlett’s tales, the music finds strange beauty in the sonic wash which occurs when music flirts with dissonace. However, the music equally works within in a milieu wherein its melodicism is at the forefront, though no less foreboding for the apparent beauty. In the reading, the author’s voice distorts and echoes, turning words into sounds as distressing as the sound design which surrounds them.

When the music and voice combine and begin to degrade into static, the horror comes from the fact that you feel as though you’re being pulled into this world which you thought you were only visiting. In point of fact, by dropping the needle on this collection, you’ve chosen to enter the world ruled by Mr. White Noise’s dark whims, and only by holding onto your sanity will you make it out unscathed 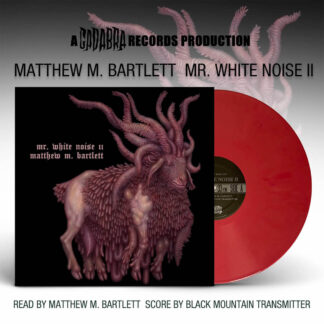