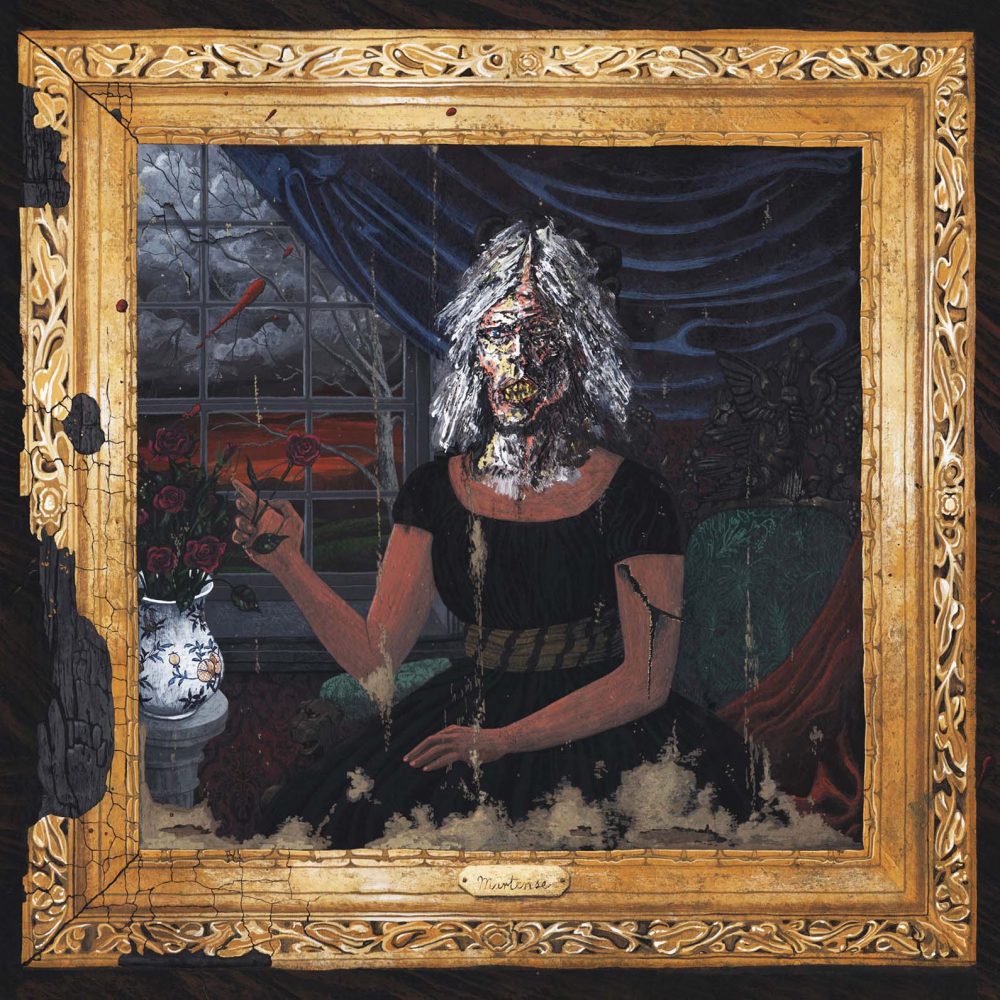 “The Lurking Fear” is the 5th release by Cadabra Records, and the second album by Cadabra devoted to the short fiction of Howard Philips Lovecraft. This release, as with the earlier “The Hound & the Music Of Erich Zann”, is most certainly an essential addition to the horror aficionado’s spoken word collection. In the gloom of your living room, intermittently illuminated by splinters of lightning revealing momentarily the hell behind nights dormant peeling epidermis, place the stylus in the groove of your copy of ‘The Lurking Fear’, then drape yourself across the green velvet couch, bedecked in your white marbled gown and prepare for the forbidden pleasures contained within.

H. P. Lovecraft [1890-1937] began writing stories in 1917. He possessed an early interest in classical mythology, the fairy tales of the brothers Grimm and the work of Edgar Allan Poe. According to S. T. Joshi’s [Born 1958] informative notes (As with ‘The Yellow Sign’, ‘The Lurking Fear’ comes with a lavish booklet) ‘The Lurking Fear’ written in 1922 was the second of Lovecraft’s professionally published stories. Weird Tales was not founded until March 1923, due to pleas from Lovecraft’s friend George Julian Houtain [1884-1945], who had founded a semi-professional magazine called ‘Home Brew’ (subtitled ‘America’s Zippiest Pocket Magazine’) which Lovecraft would later refer to as a “vile rag”, he published ‘Herbert West – Reanimator’, which was published as ‘Grewsome Tales’. Lovecraft lamented at the time that he had been reduced to becoming exactly what he didn’t want to become, “a hack writer”. Lovecraft was paid $5 per episode, although the ‘Herbert West – Reanimator’ was marred by the need at the start of each episode to summarise the plot, this problem had been rectified by the time Lovecraft wrote ‘The Lurking Fear’. However Houtain required that each instalment end with a “significant punch”. The story revolves around the narrator and his search for ‘an unknown entity’ that wreaked havoc amongst the squatters of the Catskills near the Martense mansion. The mansion itself had been built by Gerrit Martense in 1670, a wealthy Dutchman who hated the English. The name was probably taken from Jan Martense Scheck house (built in 1656) in Flatbush and the oldest existing house in New York City. Apparently Lovecraft didn’t visit it on either of his trips to the city in 1922 and may not have known about it until after he wrote the story, although there is a Martense Street near 259 Parkside, which is possibly the origin of the name. As an aside it is worth noting that Lovecraft’s ‘Cthulu Mythos’ may be understood in terms of his atheistic and materialistic philosophy. 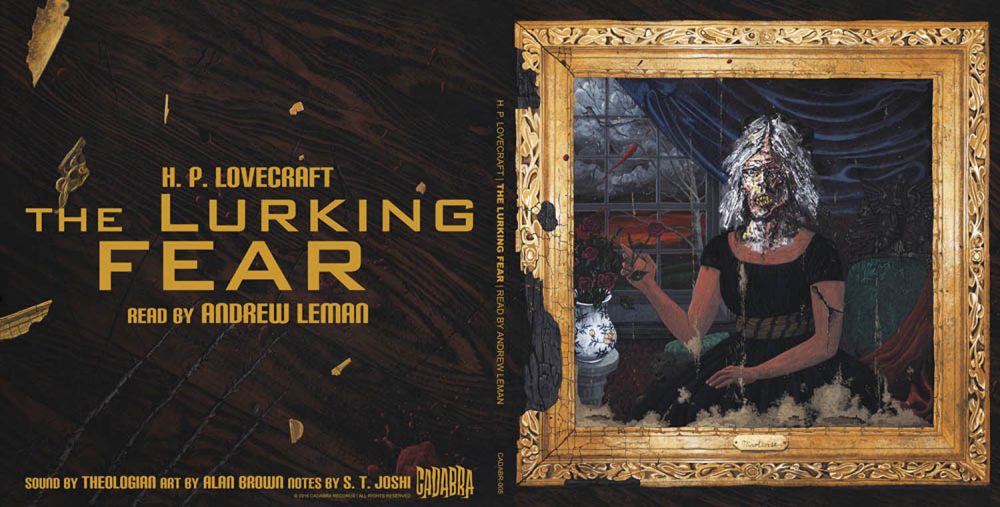 The music by Theologian uses a far less minimal approach than used on ‘The Muse of Hyperborea’ album, utilising multiple layers of sound. Unlike the later album which was almost scoring music to lyrics (Clark Ashton Smith’s poetry) and consequently almost like writing songs. The writing of the music for The Lurking Fear was steered away from creating an environment and toward forming an atmosphere imbued with chaos. The music effectively creates a constant sense of unease.

Andrew Leman [Born 1966] is a producer, actor, writer and director. He has appeared professionally on stage in Chicago and Los Angeles and is also a member of Theatre Banshee in Burbank California. With his associate Sean Branney he runs ‘The H. P. Lovecraft Historical Society’ which he launched in 1984. He has created the films ‘The Call of Cthulu’ and ‘The Whisperer in Darkness’. Musical projects include ‘A Shoggoth on the Roof’ and ‘Dreams in the Witch House’. Leman is author of ‘Lovecraftian Times’ and a frequent contributor to the ‘H. P. Lovecraft Literary Podcast’, these are just some of his many Lovecraft inspired endeavours.

The album’s artwork by Alan Brown (aka Medusawolf) is both eerie and decadent. The front cover portrays a portrait of a member of the Martense family at a transitional stage toward degeneration. The full horror is portrayed in the middle of the gatefold. The LP is pressed on 150 gram Carmel Swirl (my copy again was crackle free and flat), first pressing of 500 copies. The album comes with an eight page booklet, printed on a high quality stock matt paper. The production values are again to be commended, Cadabra Records are a winner again!

The Lurking Fear comes in a beautiful deluxe tip on gatefold jacket and includes a full 22 x 28 inch poster of the haunting cover art. Pressed on Carmel Swirl (Dawn on Tempest Mountain) variant vinyl, it is narrated masterfully by Andrew Leman with eerie incidental music by Theologian.

3. Projecting Will In The Koinos KosmosClark Ashton Smith - "The Muse Of Hyperborea" Review